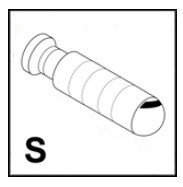 A Cone Hull is a kind of ship structure, fuselage, chassis, or hull.

Cone Hulls are superior for high performance propulsion. The aerodynamic hull thins from a bulky rear, typically with thrusters, to a thinning point, capable of cutting through the heavy atmospheres of a gas giant or the clouds of a habitable planet.

Vilani starjumpers most often used the classic cone hull, what Terrans often think of as a golden age science fiction rocket hull. Probably the best known of these early Vilani ships is the Dominator class Battleship, a profile that is still known, many millennia after its IOC.

The cone hull is the traditional hull for rockets and those craft using rocket drives.

This list of sources was used by the Traveller Wiki Editorial Team and individual contributors to compose this article. Copyrighted material is used under license from Far Future Enterprises or by permission of the author. The page history lists all of the contributions.
Retrieved from "http://wiki.travellerrpg.com/index.php?title=Cone_Hull&oldid=578772"
Categories: