Ships of the Distant Fringe

Each ship has a detailed description. The ship's tonnage is noted in "dTons", a contraction of Displacement Tons.

The listed base cost for a ship represents the price for an individually constructed vessel of that type. The ship must be constructed in the appropriate type of shipyard at the appropriate TL. The base cost reflects the fees and costs associated with retooling the yard facilities and all of the associated planning, administrative and logistic processes. 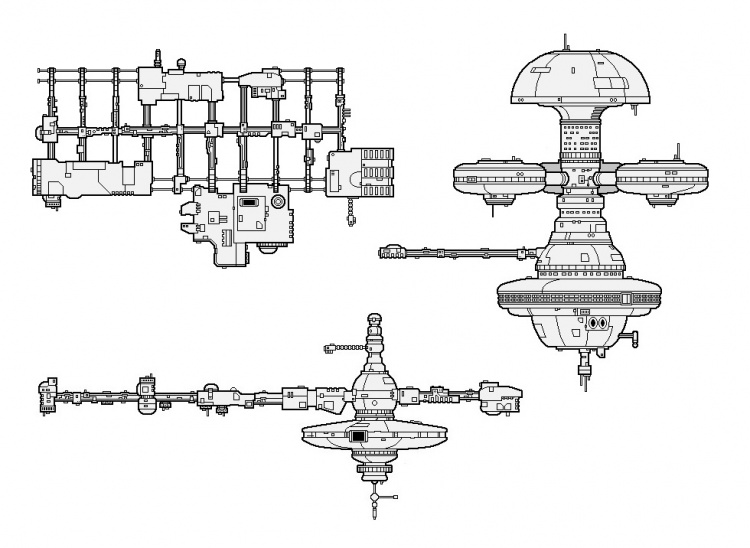 Examples of space stations found within the Distant Fringe.

This list of sources was used by the Traveller Wiki Editorial Team and individual contributors to compose this article. Copyrighted material is used under license from Far Future Enterprises or by permission of the author. The page history lists all of the contributions.
Retrieved from "http://wiki.travellerrpg.com/index.php?title=Ships_of_the_Distant_Fringe&oldid=673869"
Categories: