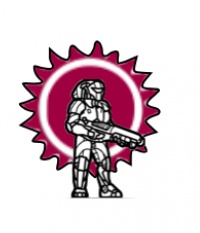 The marine's goal is simple: put down opposition to the Emperor anywhere, anytime, and for any reason. They stand as the elite end of interstellar force projection and are kept at the cutting edge of martial technology at a high expense. Marines typically employ top of the line TL-15 weaponry including battledress, FGMPs, and grav tanks.

This list of sources was used by the Traveller Wiki Editorial Team and individual contributors to compose this article. Copyrighted material is used under license from Far Future Enterprises or by permission of the author. The page history lists all of the contributions.
Retrieved from "http://wiki.travellerrpg.com/index.php?title=Imperial_Marines&oldid=673188"
Categories: