The Imperial Sunburst is the symbol of the Third Imperium established by Cleon I, the first Emperor, when the empire was proclaimed.

The Imperial Sunburst emblem is defined precisely by its shape, including the depiction of the twenty-one rays emanating from the sunburst. It is not defined by its color. The original banner in the Imperial throne room is and has always been black with a yellow sunburst. The Imperial Interstellar Scout Service uses a red sunburst; the Imperial Navy, yellow; the Imperial Army, black; the Imperial Marines, maroon.

In 247, the Eliyoh (...a nonhuman minor race) joined the Imperium. To that race the symbology was unimpressive. The Eliyoh vision centered in the far infrared, which resulted in distinction between the official colors of black and yellow being impossible. So the Empress Porfiria declared that henceforth the symbol would have no official color.

Many but not all Imperial military units have unit emblems or pennons that feature the sunburst. The Imperial Navy uses a yellow sunburst as a roundel, but uses a stylized dagger with laurels as a branch symbol. 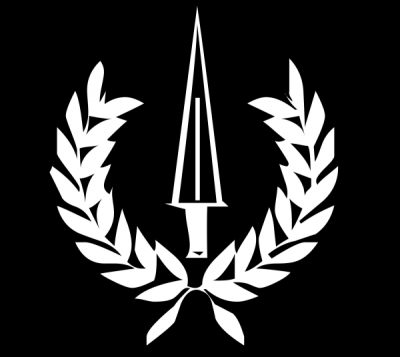 This list of sources was used by the Traveller Wiki Editorial Team and individual contributors to compose this article. Copyrighted material is used under license from Far Future Enterprises or by permission of the author. The page history lists all of the contributions.
Retrieved from "http://wiki.travellerrpg.com/index.php?title=Imperial_Sunburst&oldid=625736"
Categories: