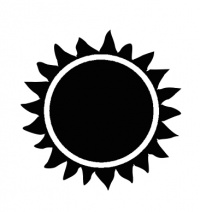 A Planetary Defense Force, or Colonial Army, is the general term for the local planetary military forces of an Imperial member world.

The planetary defense force of an Imperial member world is the general term for a world's planetary army, which is raised and maintained entirely by the member world at its own expense for its own defense. The size, composition, structure, and traditions of individual planetary defense forces across the Imperium vary widely from world to world, and in many cases have their origins in cultural and historical traditions that go back millennia.

Since the authority of the Imperium generally applies to the "space between the worlds" as opposed to the direct rule of the worlds themselves, individual worlds are responsible for their own immediate defensive needs under the Imperial system. Nevertheless, member worlds of sufficient means are required to raise at least one regiment (typically composed of three to five battalions) to be trained and equipped to Imperial standards for service with the Unified Armies of the Imperium. These battalions are then assigned to the various brigades of the Imperial Army as needed, which are then organized to form the various divisions of the Imperial Army which operate at the subsector level under the authority of the Subsector Marshal.

In times of great need, the various planetary defense forces of the worlds of a subsector may be called upon by the Imperium to serve as colonial forces, acting in essence as an Imperial reserve for the Imperial Army. Because colonial forces are not necessarily raised, equipped, or organized as the Imperial regiments, they may operate at a lower technological level than the Imperial standard, and may encounter difficulties in supply and logistics when operating alongside regular Imperial Army units.

This list of sources was used by the Traveller Wiki Editorial Team and individual contributors to compose this article. Copyrighted material is used under license from Far Future Enterprises or by permission of the author. The page history lists all of the contributions.
Retrieved from "http://wiki.travellerrpg.com/index.php?title=Planetary_Defense_Force&oldid=477922"
Categories: