The Empty Stars is a vast expanse of wilderness sectors lying to rimward-trailing of Terra.

A map depicting the Local Arm, or Orion Spur, an ethereal spiral arm of the galaxy around 3000 parsecs (some 10,000 light years) in length. 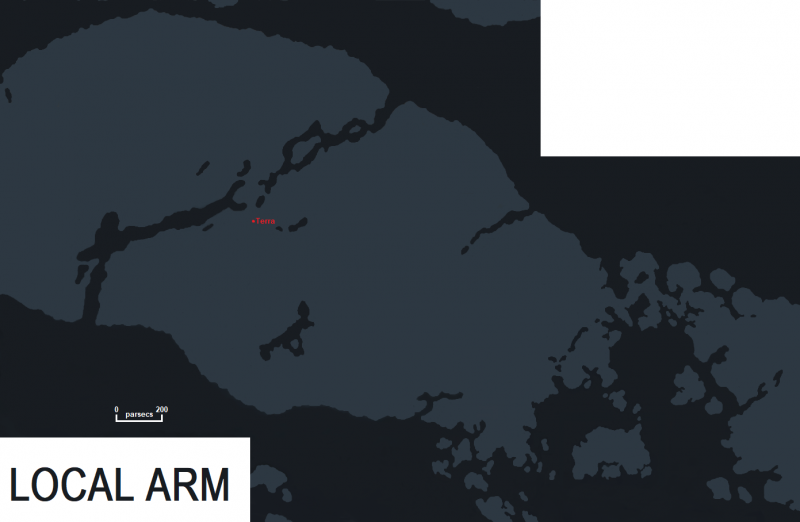 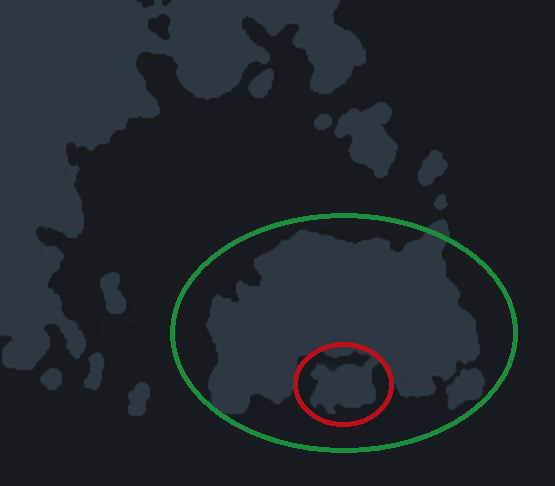 The Sectors that make up the Empty Stars region. 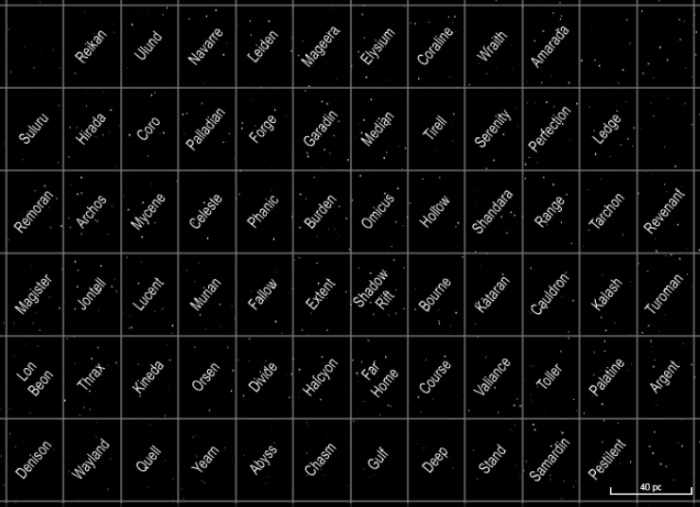 The University of Tal Varisa Deep Sky Program and the University of Selasia Spinward Survey run parallel programs to survey and publish concise astrographical surveys of the systems that lie within the Empty Stars. The region is believed to be unpopulated except for occasional worlds with NILs.

The reason for this island of intelligent life among billions of theoretically barren worlds is unknown. Of course, those scientists concede that there may be other sophont life out there, beyond the explored regions, who have not yet been contacted. There are certainly many kinds of strange and exotic lifeforms in those far-off realms, but the real question is whether or not any of them are are actually intelligent.

It is unclear whether the existence of fourteen known distinct sophont species within the Demon Cluster is an anomaly, whether it disproves the "Charted Space Bubble" theory of sentient existence, whether the Distant Fringe is a separate "bubble" in its own right, or whether the "Charted Space Bubble" in fact covers a far larger area than previously believed. Non-sentient life is certainly common within the Empty Stars – almost all worlds with dynamic oxygen-rich atmospheres exhibit lifeforms of some kind. The likely existence of other intelligences beyond the confines of the Demon Cluster only serves to complicate the issue.

The Distant Fringe – the last bastion of Terran humanity – occupies the Demon Cluster.

There are many stories about lost settlements.

Historians argue that there are very probably human-settled worlds beyond the confines of the Distant Fringe, within the greater Empty Stars region. These outposts are most likely concentrated within its rimward parts, populated by descendants of the crews and settlers of the Cripple Fleet (to trailing) or the Dissident Fleet (to spinward).

The vessels of both the Cripple Fleet and the Dissident Fleet had healthy and viable crews and carried settlers and pioneers in long-term cold sleep, large numbers of Artificial Gestation Units, vast banks of embryos, and substantial quantities of supplies. It would be extremely unlikely that all of the vessels were lost without being able to settle one or more worlds. To date, none of these supposed lost settlements have made any form of contact.

The Intersect Cluster, a large group of stars lying on the coreward edge of the Moat Rifts, contains the remnants of a dead human civilization, without a doubt descended from a divergent element of the Last Armada. It was explored by the Jannasta Expedition and supposedly contains the remains of five extinct sophont species.

All known extant sophont species occur within the Demon Cluster:

Five sophont species are believed to have existed within the Intersect Cluster region. They are believed to be extinct: evidence of their existence was discovered by the Jannasta Expedition.

No other sophont species are known for certain to exist within the Empty Stars. However, various stories and legends make mention of at least four more:

The presence of anonymalous signals originating from the distant systems of the Empty Stars may indicate the presence of advanced NILs. Most authorities concede that there are likely to be many as-yet uncontacted intelligent beings, probably existing at relatively low technological levels, inhabiting its many worlds.

The main named rifts include:

Some smaller voids exist within individual sectors. Only a few of these have been named:

The "Where The Stars End" region contains 9 anomalous signal sources with varying characteristics:

The following systems and worlds are associated with this astrographic feature:

This list of sources was used by the Traveller Wiki Editorial Team and individual contributors to compose this article. Copyrighted material is used under license from Far Future Enterprises or by permission of the author. The page history lists all of the contributions.
Retrieved from "http://wiki.travellerrpg.com/index.php?title=Empty_Stars&oldid=655857"
Categories: