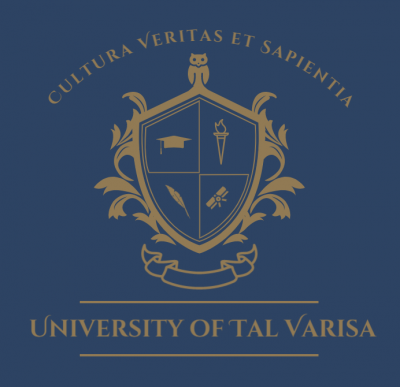 The University of Tal Varisa is the oldest seat of learning within the Distant Fringe, founded at the beginning of the 24th century and rivalled only by the University of Selasia. It has a particularly distinguished Astronomy department, which runs the Deep Sky Program.

The University was founded around 2300AD, as part of a formal plan for the settlement of Tal Varisa, and was allocated substantial territory and holdings. The first University buildings were constructed soon afterwards, eventually becoming the Old Main of the faculty. Over the centuries many additonal Schools, Halls, and Administrative Centers have been added, though the university still retains a large amount of undeveloped territory on the world.

The main Schools of the University of Tal Varisa are still located on Tal Varisa The University also maintains campuses on many of the member worlds of the Firstworlds and on a number of other worlds located within the coreward half of Far Home Sector.

The University of Tal Varisa is diverse and cosmopolitan, with members drawn from a wide range of social, ethnic and racial backgrounds.

The estimated total population of the University is approximately 65,000. This includes undergraduate and graduate students, teaching staff and members of the faculties, administrative staff, variously retained individuals, and individuals engaged in research, expeditions, industrial associations or military ventures. The vast majority of these students are humans, largely originating from within Far Home Sector. There are notable communities of Edur, Temelik and Hoppers within the university, and smaller groups of Meroquan and far-flung Esaran.

Students attend lectures and classes under the tutelage of academic staff and complete projects, assignments and research to fulfill the criteria of their academic commitment in order to earn their degree. This may take place entirely within the precincts of the University or it may involve working 'in the field'. External studies are often done in conjunction with an outside group such as a business or an industrial concern, as part of a charity or a project, with governmental authorities and agencies, with the military, or more rarely by taking part in an expedition.

Throughout the course of their studies and academic activities, students are expected to produce a body of work and to be able to express a degree of understanding of their chosen subject. Their progress is continually monitored, assessed and evaluated by their tutors. Guidance and advice is provided when required.

When students complete their studies they receive an academic degree and become Graduates of the University. Graduation Day includes a procession of the academic staff and candidates, the granting of academic titles to the graduate, and a valediction. It is traditional to wear academic dress at formal ceremonies. Post-graduation celebrations usually involve class pictures and throwing caps into the air, a formal banquet with toasts and speeches that acknowledge particular achievements, and a great deal of intoxicated partying.

Alumni of the University share a particular fondness for their "alma mater". There are class reunions, an annual event during which alumni from all over the Distant Fringe return to their House and their School to reconnect with old friends, meet new ones and sample intellectual fare. The alumni are grateful to the University, and generally wish to give back to the institution so that more people will benefit from it: a large majority provide direct financial support, with very substantial gifts made during the reunions.

The leadership is responsible for the strategic vision for the University.

The President of the University of Tal Varisa is the chief administrator of the institution. The incumbent is appointed by the Association of Fellows and is responsible to the other members of that body. The University is extremely decentralized, and is noted for the independence of its various constituent faculties. The President acts as the visible figurehead of the University and the role includes attending large numbers of civic events and social functions.

The Shell is a name given to the various offices and members of staff who support the President. It includes the Offices of the Executive Secretary, made up of the Press Office and the main office of Campus Security. It also includes a number of permanent and temporary executive advisers.

Office of the Academic Vice President[edit]

The Academic Vice President is a senior academic figure appointed by the Board of Overseers. The role involves being a visionary, and, when necessary, the Vice President is required to defend lofty principles in the face of academic disapproval and financial restrictions. The Vice President's central responsibility is to make sure the institution stays true to its mission of examination, exploration, research and study. The Office of Vice President works very closely with the Office of the Provost, and the two share many overlapping duties and areas of responsibility. Though disputes may arise, they are usually resolved amicably.

The First Office supports the Executive Vice President. It includes the Administration Department (which includes the Department of Rolls, a repository of records) and Sophont Resources. It also includes both permanent and temporary executive advisers.

The Board of Overseers is the larger of the two boards, the other being the Assembly of Fellows of the University. It comprises fourty elected members, as well as the President and the Treasurer of the University. The Board exerts broad influence over the University’s strategic directions, provides counsel to the University leadership on priorities and plans, and has the power of consent to certain actions. It is made up of worthy individuals, dignitaries, public figures, experts and high-ranking officials. Membership is for life: when a seat on the board becomes available a new incumbent is elected by the alumni of the University from an approved shortlist.

The Provost is the senior academic officer of the University and has responsibility for the University's academic and financial affairs. The Provost collaborates with the President in setting overall academic priorities for the University and allocates funds to carry these priorities forward. It fosters collaboration across the University and manages changes in policies and practices that affect academic life as a whole. It includes the Audit Office, The Office of Legal Affairs, the Secretariat of Finance (headed by the Treasurer), and the Department of Works. The Office of the Provost works very closely with the Office of the Vice President, and the two share many overlapping duties and areas of responsibility. Though disputes may arise, they are usually resolved amicably.

Office of the General Counsel[edit]

The OGC is responsible for all the legal work arising from the activities of the University's Faculties and departments. Their mission is to render advice and guidance on the broad range of legal issues that the University, its faculty, and administrators may confront.

The University of Tal Varisa has a number of different Faculties, large schools where different topics are studied and researched. No matter what the official title of a Faculty or its various internal departments, they are referred to on a casual basis as Schools. There is both a great deal of collaboration and a huge amount of rivalry between different various Faculties, Departments and Houses.

Faculty of Astronomy and Astrophysics[edit]

The Faculty of Astronomy runs the Deep Sky Program, a long-running project to accurately map and catalogue the stars lying within the Empty Stars. It publishes the DSP Listing.

College of Engineering and Technology[edit]

A number of Houses of Residence are not associated with any particular Faculty, School or College.

The original buildings of the University of Tal Varisa, located on Tal Varisa itself. Originally they comprised the whole of the University, save for a few small outlying complexes housing specialised groups such as the Experimental Fusion and Practical Antimatter Team. Today the buildings and their surrounding grounds form the picturesque heart of the University. Much of the Old Main consists of an open House where students and staff reside. The Old Main also includes a number of other institutions:

The Artists Quarter, close to the University's main spaceport facility. 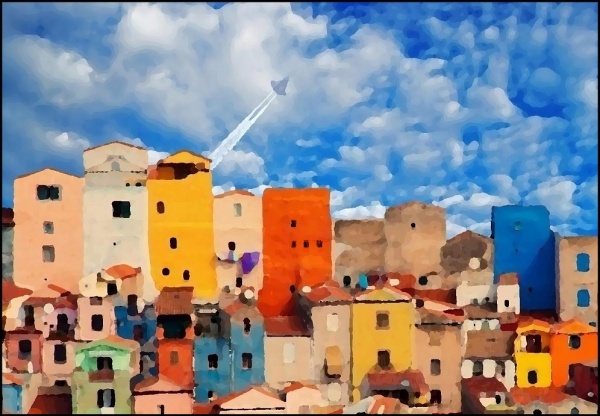 The University of Tal Varisa includes a number of non-school Institutions.

Tal Varisa University Press is the publishing business of the University of Tal Varisa. Its purpose is to further the University's objective of advancing knowledge, education, learning, and research. Its extensive peer-reviewed publishing lists comprise more than 250,000 titles covering academic research, professional development, over 3500 research journals, and a large raft of academic and educational titles. It distributes its products to nearly every world in the Distant Fringe.

The Department of Early History funds the Nabile Deep Space Fuel Cache, a Calibration Point located in interstellar hex 1536 of Bourne Sector. The NDSFC provides access to the worlds of the Cauldron Cluster, lying beyond the Abbot Spur in Bourne Sector, where various Faculties and Departments conduct studies and research. The NDSFC project was initiated in 5575AD and was operational by the beginning of 5583AD.

To date, a number of expeditions to trailing have been launched from the NDSFC, but most venture no further than the spinward edge of Kataran Sector.

Prior to the construction of the NDSFC, the University actively supported two major expeditions that crossed into the unexplored regions to trailing of the Distant Fringe proper:

There is an active Student Union within the University. It is involved in all aspects of University life and organises and promotes a wide range of social events.

The University maintains extensive NOTC and ROTC programs. These are run in conjunction with the Navy and the Armed Forces of both the Firstworlds and other allied polities, most significantly the High Senate. Graduates automatically receive a commission as an officer in the appropriate service.

The University of Tal Varisa is known to have a radical, active Mantlerist movement.

The university has rich and varied traditions.

This institution is primarily based out of the following sector:
Uncharted Space:

The following systems and worlds are associated with this institution:

This list of sources was used by the Traveller Wiki Editorial Team and individual contributors to compose this article. Copyrighted material is used under license from Far Future Enterprises or by permission of the author. The page history lists all of the contributions.
Retrieved from "http://wiki.travellerrpg.com/index.php?title=University_of_Tal_Varisa&oldid=592880"
Categories: