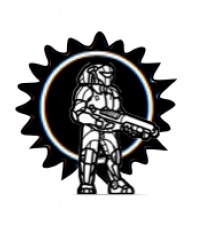 The Imperial Army serves as the planetary fighting forces for the Imperium.

The Unified Armies of the Imperium is built upon the regimental system, in which each sufficiently populous Imperial world within a subsector raises a regiment (typically of three to five battalions) from its own planetary defense force to be equipped and trained to Imperial standards. The battalions of these regiments are then deployed to the various brigades of the Imperial Army as needed, which are in turn organized into Imperial Army divisions. Imperial Army organization typically extends to the subsector level, and is under the ultimate authority of the local Subsector Duke, who generally appoints a Subsector Marshal to oversee its operations within his demesne. Large scale operations (as are typical during wartime) are overseen by the Sector Grand Marshal who is generally appointed by the presiding Sector Duke.

The upper level organizational ranks and grades used by this force are included in the table to the right.

As the Imperial Army is subdivided into three distinct force-commands, each of which with its own unique set of service-ranks, only the senior-most ranks overseeing all of the branch services are included here. An Army Vice-Marshal oversees all Imperial Army operations (of all branches) within his/her/its associated subsector, reporting to both the local Subsector Duke and the Sector Grand Marshal. The Grand Marshal oversees all Army Operations within his/her/its associated sector, reporting directly to the Sector Duke.

The Imperial Army is divided into three major force commands:

Additionally, individual member worlds maintain their own local defense forces, from which certain regiments are raised and trained to Imperial standards and deployed in order to form the Unified Armies of the Imperium:

This force primarily operates in the following areas:

No world articles for Imperial Army

This list of sources was used by the Traveller Wiki Editorial Team and individual contributors to compose this article. Copyrighted material is used under license from Far Future Enterprises or by permission of the author. The page history lists all of the contributions.
Retrieved from "http://wiki.travellerrpg.com/index.php?title=Imperial_Army&oldid=625738"
Categories: