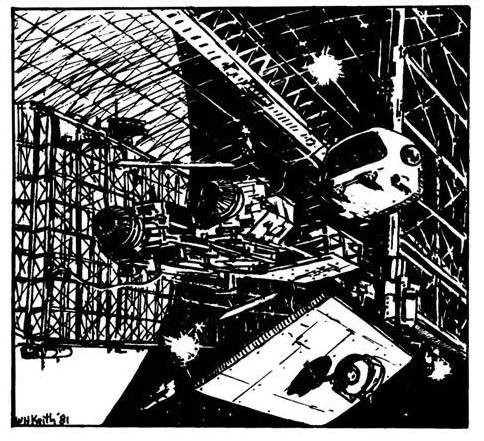 The Travellers' Naval Architecture Society (TNAS) is a multi-species, multi-empire, supranational organization that helps to set standards for the construction of spacegoing (NAFAL) and starhopping (FTL) vessels. [1]

One of the primary functions of this institution is to ensure that the licenses for standard ship classes, both large ship, and smallcraft get paid. They also regulate and standardize Architect's Fees. This is widely considered a downside by many in the industry, but the upside is that better safety protocols are widespread across merchant shipping and many ship equipment components retain interchangeability and cross-manufacturer inter-compatibility. This is not 100% reliable, but it is reliably so.

A TNAS "quality seal" on spare parts effectively increases the perceived value of a repair component. While TNAS officials have been bribed before, it's a sufficiently reliable group that the occasional scandals are overlooked by most with time. [4]

The TNAS is the largest and most reliable setter of catalog numbers, bloc lots, metrics, and other organizational tools for smallcraft and larger vessels. The USP, QSP, Supraclass, Superclass, Ship Class, and other designators were outright created by the organization or, at the very least, influenced by them. [5]

The Julian Protectorate branch now considers itself separate and the Julian TNAS regulation has now significantly diverged from Imperial standards. Some suggest that this was one of the causes of Julian War strife between the Julians and the Imperials. The Solomani have also severed their organization's connections to the larger Imperial TNAS since the Solomani Rim War. Most of the major race branches have similar policies of differentiated divison in place. [6]

In an area as large as Charted Space in which communication is limited to the speed of travel and it could feasibly take five or more years to cross Charted Space from astrographic "corner" to "corner," standardized enforcement of any kind of law or regulation is doomed to limited success at best.

The TNAS can enforce:

It's safer to say that TNAS standards are more like strong recommendations, mostly to allow for fairly standardized compatibility, rather than comprehensive, well-enforced standards. TNAS has little in the way of teeth concerning large polities, but it can successfully pressure many smaller pocket empires, ship manufacturers, shipyards, and smaller groups. [7]

Some suspect that the TNAS is a front for Imperial Naval Intelligence (INI), mostly to keep an eye on Charted Space ship building. More than a few have suggested that the TNAS inserts tracking chips or kill switches into certain shipbuilding components, but most have dismissed these accusations as conspiracy theories. [8]

This list of sources was used by the Traveller Wiki Editorial Team and individual contributors to compose this article. Copyrighted material is used under license from Far Future Enterprises or by permission of the author. The page history lists all of the contributions.
Retrieved from "http://wiki.travellerrpg.com/index.php?title=Travellers%27_Naval_Architecture_Society&oldid=620162"
Categories: