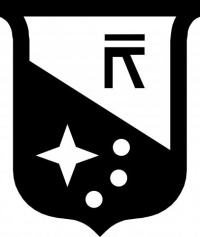 The Trader's Guild is the professional organization of independent merchant ship owners: a combination of fraternity, union, and professional society. Despite the rivalries merchants may have, they use the Guild to advance their common interests and protect themselves from bureaucracy and larger corporate competition.

The Trader's Guild is an alliance of independent and small merchant lines.

The Guild was formed due to the need of a unified face for dealing with the Imperium and planetary governments. Early on the Guild found a partner in the Travellers' Aid Society. The Trader's Guild maintains hostels throughout Charted Space, often in coordination with the TAS. While the TAS serves all space travellers, the guild is focused on those engaged in mercantile pursuits.

The partnership with the TAS Holdings (...the business arm of the Travellers' Aid Society) is probably the most important single business relationship of the Trader's Guild. Together they codified the three standard passage requirements and prices, stabilizing the economic structure of independent merchants. TAS ticket kiosks automatically handle Trader's Guild bookings, saving captains and passengers time and effort. No need for haggling or cut throat competition helps the independents to compete with larger companies. The rating service and feedback provide competitive intel. TAS influence with local establishments results in discounts to Trader's Guild members (...not as good as to TAS members, but it helps). Trader's Guild members get TAS Entertainment subscriptions at a discount, nearly ensuring all independent merchants show TAS news and travelogs.

While the passage standards and pricing were negotiated between the Guild and TAS, neither has an enforcement arm nor do they prevent ship captains from variances due to circumstances. But most captains maintain the price structure and standards to maintain standing in the guild and TAS ratings.

Traders guilds have existed throughout history, coming and going with the political and economic tides. Guilds were organized in a manner something between a professional association, a trade union, a cartel, and a secret society. They gained their power from either the government or the members themselves. Some had the legal system to enforce their rules, others their own enforcers, or just by peer pressure.

The Current Trader's Guild started during the expansion of the Sylean Federation. The Independent merchants working together rather than in competition helped the Federation grow. Initial conflict with Ve Nu Lant and his Travellers' Aid Society was settled when they found that cooperation would aid both.

The Imperium does not give guilds special legal standing nor does it have any legal impediments, thus guilds are professional societies. The guilds can only benefit their members in the Imperium by what they can negotiate. Thus guilds have negotiating strength based on how well it holds its membership together. And holding membership together is based on the perceived cost/benefit ratio of membership. Non-members can receive some of the benefits such as the passenger and freight price standards if they do not start a price war, so it is important for the guild to develop member only benefits to retain membership. Membership levels vary across the Imperium.

This list of sources was used by the Traveller Wiki Editorial Team and individual contributors to compose this article. Copyrighted material is used under license from Far Future Enterprises or by permission of the author. The page history lists all of the contributions.
Retrieved from "http://wiki.travellerrpg.com/index.php?title=Trader%27s_Guild&oldid=620161"
Categories: