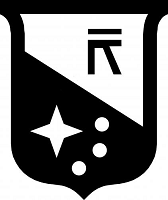 The Merchant Service is a catch-all term for the many commercial shipping companies and related organizations that exist throughout Charted Space and beyond, whose primary activity is the transport of goods and sophonts between star systems for profit.

The Merchant Service's primary commercial activity is the transport of goods and sophonts between star systems. It facilitates interstellar trade with many merchants and trade vessels. Interstellar trade depends on the reliable and consistent ability to ship freight, cargo, and passengers from a world of origin to its destination on another world. Mercantile trade is facilitated both by large merchant lines as well as freelance traders. While some corporations may be so large that transport is merely one division of their total commercial operations, others are solely in the transportation business.

Much as militaries and navies maintain academies for the training of their officers, large merchant corporations (megacorporations or sector-wide lines) draw the officers for the crews of their merchant vessels from graduates of Merchant Service Academies. Cadets are trained in engineering, navigation, ship's administration, law, personnel management, customs, and various other subjects necessary to run a merchant ship.

Merchant Service Academy graduates are known as "Licensed Officers" as opposed to "Commissioned Officers", and qualify to take up a position as a licensed officer in either the deck department or engineering department of a merchant vessel. The Merchant Service Academy also sees to the certification of merchant pursers as well as the preliminary service training of individuals intending to attend medical school in order to take up the position of ship's doctor.

Merchant Service Academy graduates may also receive a reserve commission as an ensign in a Naval Reserve Colonial Navy service, which may be activated during wartime. In such cases, a merchant officer's Naval Reserve Officer rank will correspond to the equivalent merchant officer service rank currently held.

Merchant crew are divided between those who have simply joined up with the Merchant Service and have received ordinary rank as crewmen, and those who have gone through college or the Merchant Service Academy and have been licensed as Merchant Service Officers. Both officers and crew in the Merchant Service will be assigned to one of three principle shipboard departments based on their specific background and initial training: the Deck Department, the Engineering Department, or the Support Department. Note that crew with ordinary rank are known officially only by their department and number of terms served (which is the same as their their pay-grade: e.g. Engineer E4, Deck E2, etc). Nevertheless, unofficial terms for crew rank have arisen in common parlance, and are shown in the tables below.

When on duty, the personnel of the Deck Department are generally found at their duty stations on the ship's bridge when it is under way. In addition to being the line through which command of the ship devolves, each of the deck officers has the responsibility of being the "Officer of the Deck" and overseeing one of the three watches on the ship's bridge while underway. Larger vessels will be commanded by a Senior Captain (O6) assisted by a First Officer of rank O4. The duty of Officer of the Deck will be rotated through the First through Third Officers (ranks O4 through O2) on such vessels. Smaller vessels will be commanded by a Captain of rank O5, and in some cases will only have subordinate deck officers of ranks O1 through O3.

Merchant Cadets who have been assigned to a vessel are often called "Apprentices", while crewman who have taken and passed their deck-qualification exams, but for whom no deck department officer position is open, are often appointed to the position of Bosun as a Qualified Member of the Deck Department ("QMDD").

Crew who have passed their qualifications for the position of engineer, but for whom no current assistant engineer position is available on a ship, are often referred to (officially) as a Qualified Member of the Engineering Department (QMED), and are assigned a position as a Junior Engineer.

The Administration Department oversees a merchant company's interests on a particular world. The Administration Department for a merchant line will oversee the general support of its merchant fleet, including general upkeep and maintenance, fuel, crew pay, banking, mail, and medical care. As a result, the members of the department typically consist of both managers and attorneys for the company's legal needs.

Free Traders (see "unscheduled service" below) tend to be small privately owned vessels who, unlike the larger liners and freighters operated by the various merchant lines on regular routes to important (and lucrative) worlds, ply unscheduled routes looking for trade opportunities wherever they might be found. Because Free Traders tend to be in the 100-600 dton range, their crews tend to be much smaller than those found on the larger vessels operated by the major merchant lines. As a consequence, all of the crew will generally be found as part of a single "department", and will typically be responsible for all facets of the vessel's operation.

As privately owned merchant vessels, free traders will typically be found anywhere that a profit can be made. Usually this means free traders will be more often found plying the backwater worlds of a subsector or border region where they hope to find opportunities for trade that might otherwise be overlooked or uneconomical for the big merchant lines to exploit. The life of a free trader is often hand-to-mouth, as there is no guarantee of profit, but only the hope that the next port-of-call will present an opportunity to "buy low" and/or "sell high". As a result, a free trader captain must have a keen eye for a potential deal, considering the price at which he can buy a cargo relative to what price at which he can sell it at some nearby port in another star system.

The particular activities and missions of various merchant vessels and their crews are designated both within the Merchant Service and by Imperial tradition according to a generally consistent set of terminology. Merchant vessels are further identified by whether or not they provide regular service along established trade routes (i.e. "scheduled service") which is often subsidized by local governments, or whether they operate freely at the discretion and direction of their individual ship masters or owners (i.e. "unscheduled service" or "tramp service").

The primary mission of a merchant vessel will generally fall into one of three categories:

Some examples of various classes of merchant vessels active in Imperial space are shown below.

The Merchant Service has been around longer than the IISS or the Starport Authority, but receives far less attention. Cleon the First probably made more use out of the Sylean predecessor to the Merchant Service than he did from his naval arm. Why the lesser name?

The Merchant Service has always been a relatively thankless job in terms of interstellar recognition, but well paid in terms of salaries and shared profits. Almost invariably, long before the Imperial Navy ever reaches a world-system, a scout or merchant has been frequenting the location for extended periods. Most merchant spacers prefer a quiet, but exciting life as a nomadic adventurer and traveller. Fame holds little over the rewards of crew camaraderie, good pay, tasty chow, and a chance to see the far corners of Charted Space.

Transportation companies of Megacorporate status are the major transportation companies that operate across multiple sectors or larger distances. Only megacorporations, with their support bases and establishments spread over great distances, can provide long-distance passenger and freight service. Megacorporations often have ships with luxurious appointments and high jump capabilities, due to their large capital. Travellers can book passage for great distances on a single ship and do not need to change ships or make other successive travel arrangements for themselves.

lnterface lines provide passenger and freight service across borders from where one territory ends to where another begins. lnterface lines carefully maintain favor with both sides of the border, and provide easy transit over the line. The Vargr Extents are full of interface lines serving the many distinct Vargr territories. Interface lines operate along the Imperial border with the Aslan, K'kree, Solomani, and the Zhodani. Interface lines may serve routes either long or short. Some merely reach from a major world on one side of the border to a major world on the other side, while others operate very long trade routes many parsecs in length in order to transport goods from one territory to another.

Those who are beginners at interstellar trade and transport are called fledgling lines. Some are free traders who have been able to make some money which has been subsequently invested in additional ships. Others are veterans of larger lines who have since gone into business for themselves. Yet others are partnerships of several independent ship owners who have banded together to create a merchant line. A few are just businessmen who were lucky enough to be awarded a merchant subsidy and are now trying to make it turn a profit. Nine out of ten fledgling lines fail within the first five years. Of those remaining, nine out of ten barely break even. The one out of a hundred that remains, however, eventually moves up to become an interface line or perhaps as a subsector-wide line. Fledgling lines are the most common lines, the most risky, and have the greatest potential, however slim the chance of success.

Free Traders operate wandering tramp trade vessels that visit worlds on irregular schedules. Free Traders serve the worlds that other merchants do not. Operating without schedules, they take the chance that the next world they visit will provide a full cargo hold and ample passengers. While this ideal is not often achieved, the chances taken by Free Traders can sometimes pay off. Worlds ignored by the larger merchant lines can often accumulate cargoes waiting for a ship to call, and sometimes they create lucrative, but temporary, markets.

This list of sources was used by the Traveller Wiki Editorial Team and individual contributors to compose this article. Copyrighted material is used under license from Far Future Enterprises or by permission of the author. The page history lists all of the contributions.
Retrieved from "http://wiki.travellerrpg.com/index.php?title=Merchant_Service&oldid=672453"
Categories: