A HM-class Monitor is most often a large spaceship with armament roughly equivalent to a Battleship, often placed in orbit around a mainworld, and used primarily for system defense roles. Generally based on a planetoid hull (...and so automatically unstreamlined), these craft often depend heavily on pre-positioned caches and fuel shuttles.

Monitors are usually known as large spaceship with armament equivalent to a battleship, used primarily for system defense roles. Generally based on a planetoid hull (...and so automatically unstreamlined), these craft depend heavily on pre-positioned caches and fuel shuttles. The large size of these craft make them generally impossible to move inter-system. Like battle riders, they are in a conquer-or-die situation if facing superior forces. Their deterrent value is therefore fragile as well as powerful. They are generally viewed as more of a mobile fortress than anything else.

Monitors most often operate according to predetermined plans designed to optimize their defensive potential. They are typically stationed at the vital points of a system including gas giants, asteroid belts, mainworlds, and so on. Because they usually have no jump drives, shifting them from system to system can be a problem. Some types have jump shuttles which fit to the craft and provide jump capability. Another method is simple transport in large bulk cargo containers or on ship transporters; the monitors are loaded into many-thousand-ton transports or bulk carriers for the multi-parsec journey. This method, of course, is not recommended if immediate combat is expected at the destination. 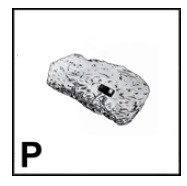 Monitors are among the oldest spacecraft or large boats found within Charted Space. They are the larger big brother of the more ubiquitous System Defense Boat. While many are purpose built, it is not uncommon to take older hulls, remove the antique jump drive, and convert out-of-date, obselete battleships and cruisers into monitors. In many but not all such cases, a substantial cost savings can be realized. At any rate, there a vast array of monitors of various types and makes both manufactured, re-manufactured, and operated within Charted Space. This AAB Library Data file only contains a selection of available hulls. [1]

Some of the most commonly used vessels in the monitor role include:

This list of sources was used by the Traveller Wiki Editorial Team and individual contributors to compose this article. Copyrighted material is used under license from Far Future Enterprises or by permission of the author. The page history lists all of the contributions.
Retrieved from "http://wiki.travellerrpg.com/index.php?title=Monitor&oldid=570056"
Categories: