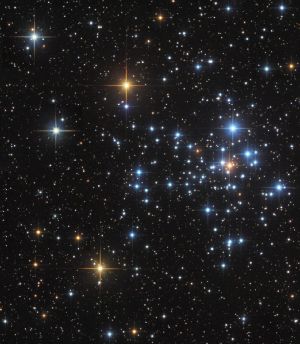 A basic map showing the distribution and size of stars within Borealis Kantel Subsector. 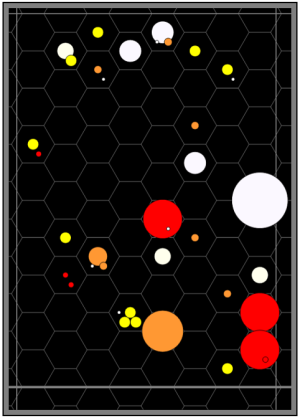 Borealis Kantel, subsector N of Theta Borealis contains 24 worlds with an estimated population of 44 billion, a per capita income of Cr1,473, and a total economy is BCr64,978. These worlds originate an interstellar trade of BCr70 through 21 starports (4 Class A, 8 Class B, 6 Class C, 3 Class D) employing 8,185 people. Driving this interstellar trade are three Agricultural (Ag) worlds, one Non-Agricultural (Na) world, two Pre-Agricultural (Pa) worlds, no Pre-Industrial (Pi) worlds, one Rich (Ri) world, and no Industrial (In) worlds. The governments in Borealis Kantel maintain one Scout base, and one Naval base. The average technology level is 7 (with most between 5 and 10). The highest technology level is 12 at Katzebue (Theta Borealis 1337) and Victoria (Theta Borealis 1433).

There are 23 Non-Aligned Human-dominated worlds in Borealis Kantel with an estimated population of 44 billion.

There are one Non-Aligned unclaimed worlds in Borealis Kantel with an estimated population of less than 1 million.

This list of sources was used by the Traveller Wiki Editorial Team and individual contributors to compose this article. Copyrighted material is used under license from Far Future Enterprises or by permission of the author. The page history lists all of the contributions.
Retrieved from "http://wiki.travellerrpg.com/index.php?title=Borealis_Kantel_Subsector&oldid=670585"
Categories: