Phlume is an agricultural production world with a shirt-sleeve atmosphere and a balance of available surface water. The system has a population between 1 million and 10 million sophonts. It is a member of Third Imperium in the Vilis Subsector of Spinward Marches Sector and in the Domain of Deneb. Phlume, as a member world of the Third Imperium, holds the estate of an Imperial knight and the fiefdom of a baron. Both are members of the Imperial Nobility charged with overseeing the world.

An Imperial, agricultural, non-industrial world located in the Vilis Subsector, Phlume is about the same size as Terra. However, it has a denser atmosphere at sea level. Phlume’s 7,000,000 inhabitants engage in farming and gathering agricultural products, including some hunting. A well-managed safari business also operates in the wild lowlands, but strict limits are set on the numbers of animals which may be hunted.

Phlume is a member of the Spinward Main.

Phlume society celebrates individual freedom and moral responsibility, and is less interested in strangers or progress.

In 1100 the Battle Cruiser Lariinaan was lost with all hands on patrol in the Phlume system, three weeks out of a refit on Denotam (Spinward Marches 1413).

Phlume, as a member world of the Third Imperium, holds the estates of two members of the Imperial Nobility, who are charged with overseeing the world. 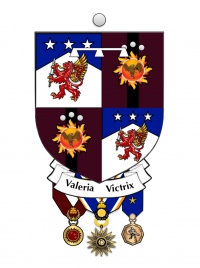 This list of sources was used by the Traveller Wiki Editorial Team and individual contributors to compose this article. Copyrighted material is used under license from Far Future Enterprises or by permission of the author. The page history lists all of the contributions.
Retrieved from "http://wiki.travellerrpg.com/index.php?title=Phlume_(world)&oldid=672105"
Categories: