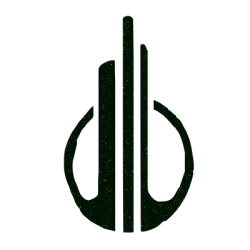 Ling-Standard Products (LSP) is a megacorporation primarily conducting business within the Third Imperium.

LSP is one of the thirteen Imperial MegaCorporations in operation in 1105.

It specializes in the following commercial competencies:

LSP is organized by a board governed by votes. Senior board members possess more votes than junior members. The exact number of boards varies and can be changed and adapted to regional needs.

In the chaotic environment of the Rule Of Man, Terran Army veteran Captain John Meyers ventured into the newly conquered territories of the First Imperium to seek his fortune. He found it in supplying Terran Confederation forces with contract services: he succeeded because he was a familiar face in an alien (...and potentially hostile) culture. Although Meyers envisioned mining operations for his newly created company, his emphasis soon morphed into a broad spectrum of services and production.

LSP survived the isolation of the Long Night as many independently operating divisions. With the rise of the Third Imperium, LSP's complex ownership structure enabled its many components to re-unite into a true megacorporation.

LSP currently engages in a wide spectrum of activities including (but by no means limited to) manufacture of electronic equipment of all sorts, ground and air vehicles, starships and starship armaments systems, drive systems, power systems, computer systems and software, small arms, and a variety of other items. Concerned to a small degree with banking, insurance, and other activities, LSP maintains mining and manufacturing facilities throughout the Imperium and beyond.

LSP most often butts heads with other megacorporations, both Major Race and Imperial:

Ling-Standard Products LRC, a former Imperial Megacorp. In antebellum times the company produced everything short of the kitchen sink. Compared to most of its Imperial era brethren, LSP was quiet and modest, and its success had less to do with chicanery and scheming than with solid corporate policies and management. But the desolation of the Imperial environment has given way to the extremely fluid and competitive markets of the Regency, and LSP has had to struggle to maintain its dominance in the face of new corporate competition. That it is still the largest company in the Regency is testament to its management and corporate vision, and it remains the benchmark by which all corporate activity is compared.

LSP maintains mining and manufacturing facilities throughout the Imperium and beyond.

This list of sources was used by the Traveller Wiki Editorial Team and individual contributors to compose this article. Copyrighted material is used under license from Far Future Enterprises or by permission of the author. The page history lists all of the contributions.
Retrieved from "http://wiki.travellerrpg.com/index.php?title=Ling-Standard_Products&oldid=672657"
Categories: