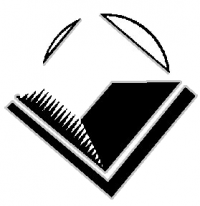 Hortalez et Cie, LIC is one of the major Imperial Megacorporations.

Hortalez et Cie has its fingers in financial and credit transactions at all levels of society. Founded in 221 by Lucienne Hortalez, capitalized from family funds.

It is primarily a banking and investment house, which specializes in:

In some regions (the Spinward Marches Sector especially) the firm acts as a mercenary clearinghouse.

Subsidiaries and Holding in other Megacorporations[edit]

It was founded in 221 by Lucienne Hortalez, capitalized from family funds.

After 1126, the term Hortalez came to represent the more rapacious individual out to make a profit at anyone's expense.

This list of sources was used by the Traveller Wiki Editorial Team and individual contributors to compose this article. Copyrighted material is used under license from Far Future Enterprises or by permission of the author. The page history lists all of the contributions.
Retrieved from "http://wiki.travellerrpg.com/index.php?title=Hortalez_et_Cie&oldid=703083"
Categories:
Hidden category: