The Firebolt class Light Fighter is a combatant smallcraft.

The Heavy Fighter is a reliable vessel designed to mount energy weapons as its primary armament. Similar designs have been in use from the time the Distant Fringe was first settled. 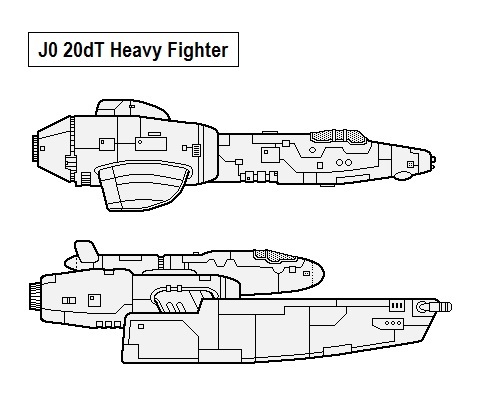 An ubiquitous design used throughout the Distant Fringe, the Heavy Fighter is durable and reliable. The design is representative and a large number of variants exist, particularly with regard to the allotted weapons systems and onboard electronics. Despite their status as space fighters, designs of this type have airframe features, augmenting their handling characteristics within planetary atmospheres.

This list of sources was used by the Traveller Wiki Editorial Team and individual contributors to compose this article. Copyrighted material is used under license from Far Future Enterprises or by permission of the author. The page history lists all of the contributions.
Retrieved from "http://wiki.travellerrpg.com/index.php?title=Firebolt_class_Light_Fighter&oldid=514657"
Categories: