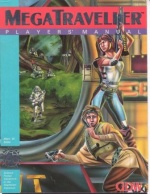 A Timeline is a listing of significant historical events within the setting, in this case, the OTU.

The broad sweep of history is divided, roughly, into TEN eras. These eras are largely based upon the rise and fall of Humaniti and their empire of the stars. While other races, particularly the other Major Races, may have a differing division of eras, the Imperial Encyclopedia uses the Humaniti-centric one.

8b. Imperium Eternal AKA Lorenverse, an alternate timeline.

From the first adventures in the Imperium, Traveller has linked the setting time in a 1:1 relationship to real time. Specifically, the OTU calendar year 1105 was created in 1979, and each day added one day to the setting as well. As a result, for example, adventures written in 1984 took place in the OTU in 1110.

This presents the ability for groups to coordinate by calendar.

An attachment of calendar date to the various milieux of the OTU can be reset to 2020 as follows:

Alternate Timelines: Category: Years of the Imperium Eternal (1117 to Inflection with the OTU Timeline around 1450)

This list of sources was used by the Traveller Wiki Editorial Team and individual contributors to compose this article. Copyrighted material is used under license from Far Future Enterprises or by permission of the author. The page history lists all of the contributions.
Retrieved from "http://wiki.travellerrpg.com/index.php?title=Timeline&oldid=687804"
Categories: