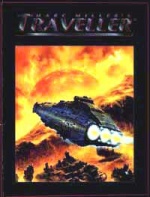 The Milieus are an artifact of the Traveller publication history. Each published version of Traveller included (or expanded upon) a period in the future history of Traveller.

The Milieu Categories section contains full articles, usually published with the selected version. The purpose of this to organize articles for a player group to be able to find (or exclude) articles if the information is (or is not) specific to the era in which they are playing.

Each Milieu covers roughly between ten to several hundred years (...or more), enough time for some interesting events in the lives of the characters within the campaign, and the campaign itself. And there are no precisely-defined year borders for the beginning and end of a Milieu category.

In contrast, the Time line categories cover much broader (and larger) spans of time. The Time line articles are Year articles, each of which has a short reference to events (and links to the full articles). But the time line is much more precise about when each era ends and begins.

This list of sources was used by the Traveller Wiki Editorial Team and individual contributors to compose this article. Copyrighted material is used under license from Far Future Enterprises or by permission of the author. The page history lists all of the contributions.
Retrieved from "http://wiki.travellerrpg.com/index.php?title=Milieu&oldid=679040"
Categories: