A HQT-class Q-Ships are spaceships or starships designed to lure Corsair Vessels by giving the appearance of a weak, poorly-armed merchant ship, but having sufficient combat power to defeat them. 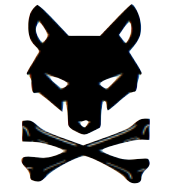 Most Q-ships range from 200 to 800 tons, matching the range of common merchant ships and freighters. They are even built using the same hull designs, simply adding armour and weaponry. Typically, they mount the maximum number of turrets for the hull size. Any turrets over and above the usual number on a merchant ship are in the form of "pop" turrets. These are similar to the pop turrets found on xboat tenders. [1]

The designs tend to trade cargo space for improved drives and a good computer. Since boarding actions are common, Q-ships normally carry a squad of marines or security personnel trained in such operations. Small craft carried by Q-ships are specially equipped for troop transport. [2]

The Attack Cargo Vessel is a form of a Q-ship that is an armed and often armored cargo vessel, used to transport war matériel or troops to war zones or to re-supply Naval vessels, the attack cargo vessel is sometimes built from scratch and sometimes made from a converted merchant ship. Q-ships are often smaller vessels with concealable pop-up weaponry used as merchant raiders and is other specialized roles. Q-ships are either constructed for very specialized purposes or by very desperate navies in need of immediate fleet replacement regardless of military effectiveness. Q-ships tend to be very low-capability vessels. Q-ships are most often designed as patrol ships, raiders of unarmed logistic vessels, or surprise attackers. [3]

The operative tactic for a Q-ship is surprise and ambush. They wait to have a nimbler, faster corsair or other raider approach and then close the trap.

These ships can be a valuable element in anti-pirate forces of many planetary and subsector governments throughout known space. Companies may also purchase Q-ships for use in areas where local governments either cannot or will not control piracy; they find the expense of Q-ships a bargain when a raider which has preyed upon a profitable trade route is finally hunted down.

Some of the most commonly used vessels in this role or these roles include:

This list of sources was used by the Traveller Wiki Editorial Team and individual contributors to compose this article. Copyrighted material is used under license from Far Future Enterprises or by permission of the author. The page history lists all of the contributions.
Retrieved from "http://wiki.travellerrpg.com/index.php?title=Q-ship&oldid=576530"
Categories: