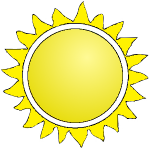 A Workstation or Crew station is a space within a vehicle, starship, Space Station, or other facilities for a single sophont to perform systems monitoring and operational control. The amount of space given to the workstation depends several factors, including the expected duration the crew is expected to operate the station, size and other physical factors of the sophonts expected to perform operations, access space requirement to enter and leave the station, the monitoring and operations to be performed, and design considerations of the vehicle or facility.

A General workstation allows the user to interact with data for administrative purposes. The computer provides access to common office activities: language use, math, communications, information, and entertainment. A General workstation may also be referred to as a Data Station.

An Operating workstation allows the user to monitor the activities of a mechanism or system and to make adjustments to its operation. Operating Consoles are best adapted to mechanisms which operate continuously, and whose operation must be adjusted for efficiency or for changed circumstances.

A Command workstation allows specialized input to the control systems or computer with special interfaces: a yolk, joystick, steering wheel, or tiller to convert fine hand or manipulator motions to control signals. It may have foot or ped controls to allow additional simultaneous input.

A vehicle crew must include a driver, one gunner for each weapon station,and as many loaders as are required for its weapons.[2] There must be one crew station for every gunner. A gunner may fire more than one weapon, but he may only fire weapons controlled from his station.[3]

For Adventure Class Ships the crew (and workstation) requirements are every starship and non-starship requires a pilot. Each starship displacing greater than 200 tons must have a navigator, an engineer (or more depending on size of the drives), and a medic. One gunner is required per turret, or weapon system, on a ship. Armed small craft require a gunner in addition to the pilot. For starships of greater than 1000 tons the crew should also include a commanding officer (or captain), his executive officer, and at least three administrative personnel. [4]

If two or more command crew are called for, the vehicle requires a bridge or command center. Bridge workstations are larger than normal workstations, to allow room for easy movement and communication, personnel changeovers, and conferences on the bridge. [1]

Workstations generally ergonomically designed to allow prolonged usage. Crew may be standing, sitting, lying down, or an acceleration couch. Sophonts with different body plans will have similar options for body support.

General guidelines allocates about 10 to 20 times the body size for the workstation, minus the space required for the control system. If occupants are expected to spend more than 8 hours in the vehicle, double the space required.

Workstation provided with chairs are low banks of controls and displays. Each console has a specific function; the crewperson should feel free to designate the functions monitored from a particular console where these are not already designated or obvious.[5]

Stand-up consoles are set higher and are normally monitor panels not intended for constant use.[5]

At TL–6 the addition of electrical monitoring equipment allows a single workstation to monitor more equipment. Monitoring system and gauges are ties to specific systems. Controls are largely mechanically connected, with some electromechanial control systems. Enhanced mechanical control panel has sophisticated controls capable of very precise settings and includes a variety of operator aids such as power assistance. It provides a broad range of data feedback and readouts in the form of gauges, dials, lights, and audio alerts.

At TL–7 monitoring equipment is almost entirely electrical; a sensor generates an electrical signal fed to a display monitor or gauge. An electronic control panel contains its own internal computer processor. It typically includes electromechanical controls, such as a joystick, and computer interfaces such as pressure pads or keyboards. It has a combination of detailed flat 2D computer displays, sophisticated mechanical displays, and digital electronic gauges and readouts.

There are the first computerized monitoring system, where signals from several sensors are fed through a computer for simple analysis before being displayed. Control systems are entirely electrical or power enhanced to allow for ease of operation.

At TL–8 introduces the console or operating console, a single computerized interface capable of displaying and controlling any aspect of the vehicle or facility. All sensor data in the vehicle or facility is fed through one or more monitoring computer system. Operational controls are all "fly-by-wire", with commands relayed through the monitoring computer to ensure optimal results. Consoles have sophisticated software, voice control, and movement-sensitive interfaces. The console can be dynamically reconfigured for operator preferences and optimized for the task as hand. These require a computer network connecting the sensors, control mechanisms, and each of the consoles for operation. Some military starships and bases will use multiple isolated computer networks for redundancy and security. If one network is damaged or compromised, it can be shut down without ceasing operations.

TL–9 extends the idea of crew station and operating console by introducing a control console, a much smaller display panel and control system. These are attached to individual part of machines, especially for distributed systems, for direct monitoring and control. It also extends the control console to a portable screen, like a Hand Computer, to work as a integrated control console for whatever operations need to be performed.

In almost all cases where the ship's computer can control a given ship function orders fed in at the central bridge computer take precedence over those fed in at local controls. Only if the computer is inoperative will a computer override be ineffective.[6]

The engineering section has control workstations for Jump Drive and Maneuver Drive operations, the Power Plant and onboard fuel regulation, and monitoring Life Support systems. Such workstations may be clustered together into a main control room.

A gunner's workstation is located within a weapon turret. Gunners may remotely control multiple turrets from another workstation aboard the ship allowing turrets to be clustered into batteries of coordinated weapons controlled by a single gunner. On some vessels, turrets are remotely controlled from a central location. Bay and Spinal Mounts weapons have correspondingly large workstations that require multiple crew. Screens such as Nuclear Dampers have dedicated workstations.

Medical Workstation consists of a single bed along with dedicated diagnostic and monitoring equipment. A medical workstation design is for monitoring and treatment of a single patient, the crew in the workstation, rather than the monitoring other parts of the ship or facility.

A Security workstation connects to multiple internal Sensors looking for potential problems. This would include internal cameras, atmosphere testers, and life support systems. The station has control of internal doors and other security measures.

A Workbench is an area setup to allow working with tools. The workbench includes space for storage and operation of the tools, and one or two sophonts to do the operations. Usually this is short duration (less than a full day) operations only.

This list of sources was used by the Traveller Wiki Editorial Team and individual contributors to compose this article. Copyrighted material is used under license from Far Future Enterprises or by permission of the author. The page history lists all of the contributions.
Retrieved from "http://wiki.travellerrpg.com/index.php?title=Workstation&oldid=672376"
Categories: