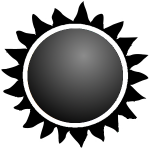 TL-0:
At TL-0, sophonts use found tools, acquired items from their environment to master their environment and the non-technological creatures surrounding them. Do not be fooled, useful TL–0 tools continue in use into higher tech levels. Clay Bowls, Bone Buttons and Wooden spoons are all still used in advanced societies.

This list of sources was used by the Traveller Wiki Editorial Team and individual contributors to compose this article. Copyrighted material is used under license from Far Future Enterprises or by permission of the author. The page history lists all of the contributions.
Retrieved from "http://wiki.travellerrpg.com/index.php?title=Goods&oldid=650800"
Categories: