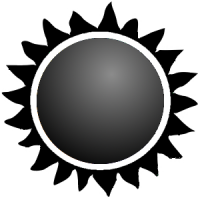 Drugs: A variety of pharmacological means are commonly (or uncommonly) available to travellers for medicinal (and other) purposes. Each drug has its own advantages and disadvantages; users should be aware of these effects.

Specific Drug Types: Drugs, for the sake of uniformity and for ease of use, are usually available in consistent, one-dose pill form. The six classes of drug described below are generally well known throughout the civilized universe. Psi drugs are described elsewhere.

Each of the following drugs has its own advantages and disadvantages; users should be aware of the effects. For the sake of uniformity and ease of use, all are available in consistent, one-dose pill form. Other drugs not listed here may be available in a variety of forms and dosages. If more than one drug is taken at a time, the combination may cause an adverse reaction in the individual and result in injury or death The use or possession of certain drugs may be restricted by local law.

Antidotes are available for both slow and fast drugs, these immediately cancel their major effects: the individual is returned to the normal rate of living, but still suffers any indicated recovery requirements.

Medical Drug is a general term describing the set of drugs used by medical personnel in the treatment of illness or injury. [1]

Four types of drugs are useful in preventing or treating contagious diseases: vaccines, antitoxins, antibiotics, and metabolics. They can generally be obtained only from a physician or with a physician’s prescription on worlds with high law levels, but they are generally available at retail on worlds with low law levels. Since all are administered by injection, they must be given by a character with some skill in medicine.

Synergy: If more than one drug is taken, the combination may have an adverse effect, called synergy. In addition to all other effects of drugs, physiological damage or addiction may occur. The effects of malignant synergy typically are most taxing on an individual after a peak period of efficacy following drug ingestion. [3]

DRUG AVAILABILITY: Availability indicates the chance that, after determined search, a band of travellers will find an individual with some of the drug available for sale. More technologically advanced worlds tend to have a greater selection of pharmaceuticals available for sale. Individuals with negotiation skills, bribery, streetwise, or medical skills may experience greater success when shopping drug markets.

Legality: The local law level of a world may restrict the use or possession of certain drugs. Some individuals such as starship crews, medical personnel, or other specifically authorized individuals may have greater access to pharmaceutical markets. However, laws may differ greatly and it is suggested that individuals always check the regulatory availability of a specific drug as to its legality and restrictions on any specific world. [4] An illegal drug is called a narcotic.

Drugs can be found throughout the following areas:
Charted Space:

This list of sources was used by the Traveller Wiki Editorial Team and individual contributors to compose this article. Copyrighted material is used under license from Far Future Enterprises or by permission of the author. The page history lists all of the contributions.
Retrieved from "http://wiki.travellerrpg.com/index.php?title=Drug&oldid=601620"
Categories: