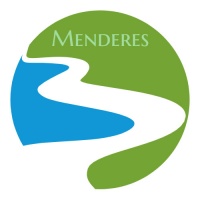 The Menderes Corporation is a bi-racial, non-Imperial megacorporation located in the Julian Protectorate.

Non-canon: "Menderes" is a Solomani name from a place called Turkey on ancient Terra.

The Menderes Corporation is involved in freight and cargo transportation, courier services, starship construction, military hardware, heavy manufacturing, electronics, and resources investments. Based in the Julian Protectorate, their merchants range from Vargr Extents and Antares sector to the Windhorn rift.

The company emphasises its mercantile nature, downplaying its social policies as mere attempts to foster a more lucrative commercial environment. For instance, for centuries it has promoted and sponsored Kuspar, Floater and Sailball - today the most popular sports in the Julian Protectorate . Importantly, these sports all make use of mixed Vargr-human teams, deliberately being designed to highlight the two races’ complementary abilities and skills.

This reflects the way Menderes functions. Vargr tend to occupy certain positions within the company, humans others. The organization has tailored itself to take the most advantage of the strengths of both species.

Non-canon: Menderes Divisions: The operations of the Menderes Corporation are divided into divisions as outlined below:

The company was formed about the time of the Nth Interstellar War (-2235 to -2219) when a family of Solomani traders, the Menderes, established lucrative trade routes along the Mendan Main . Later, many Solomani entrepreneurs in the area were appointed planetary governors when Emperor Hiroshi II came to power. A few such posts went to the Menderes family, among them that of Asimikigir/Julian (Amdukan 0223). The family established a commercial dynasty spanning all of Asimikigir that endured the entire Long Night, and effectively became a monopoly. This objective was maintained when it broke into space again in -247, spreading into former Imperial space. However, the rise of the Sylean corporations was an unwelcome intrusion into the Menderes economic sphere. The Pacification Campaigns (76 to 120) were paralled by trade wars that ultimately forced the Menderes Corporation out of Lishun, Antares, and The Empty Quarter.

The Julian War (175 to 191) was the final Imperial push into the Mendan sector, occupied by the Asimikigir Confederation. Julian Menderes , the then head of the Menderes Corporation and Confederation regent, rallied both the humans and Vargr into a protectorate against the Imperium. Combining Vargr resourcfulness and human determination, the protectorate’s forces, called the Star Legion, repulsed the Imperial fleets from the region by 185. They continued to press into the Imperium to force a formal treaty, finally given in 191. With victory achieved, the Julian Protectorate transformed itself into a permanent organisation. Ever since, the Menderes Corporation has jealously guarded its remaining markets and routes among the Vargr Extents.

This business primarily operates in the following locations:

This list of sources was used by the Traveller Wiki Editorial Team and individual contributors to compose this article. Copyrighted material is used under license from Far Future Enterprises or by permission of the author. The page history lists all of the contributions.
Retrieved from "http://wiki.travellerrpg.com/index.php?title=Menderes_Corporation&oldid=616191"
Categories: