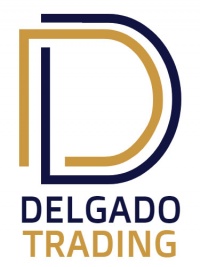 Delgado was originally a contract manufacturer of military hardware, and transformed itself into a broad-spectrum conglomerate with extensive holdings in heavy mineral mining and refining, publishing, antiquities trading, and recently, the toy industry. Founded in 997.

Delgado Trading is one of the thirteen Imperial MegaCorporations in operation in 1105.

Delgado Trading, LIC: Originally a manufacturer of military hardware and widely-known for their work in miniaturization, Delgado has extensive holdings in heavy mineral mining and refining, publishing, antiquities trading, and recently, the toy industry.

Founded in 997, Delgado is the youngest of the megacorporations.

Following the 1126 Great Asset Swap, Delgado Trading concentrated its holdings in the Core of the Imperium.

The corporation had limited assets in the Domain of Deneb, but used those assets wisely.

Former Imperial megacorporation still in existence in the Regency and the Spinward States. Delgado specialised in an odd trifecta of publishing, mining and miniaturization. Since the Collapse, the surviving parts of the company have sold or spun off all of their publishing wing, and expanded into new nanotechnology and micromanufacturing industries. Whereas many Imperial era corps have stagnated in the face of new local competition and more stringent Regency regulation, Delgado has forged ahead in research and development, and has been a leader in microengineering and Viral countermeasure technology. Delgado and General Products run the joint venture General Mechanics corporation.

This list of sources was used by the Traveller Wiki Editorial Team and individual contributors to compose this article. Copyrighted material is used under license from Far Future Enterprises or by permission of the author. The page history lists all of the contributions.
Retrieved from "http://wiki.travellerrpg.com/index.php?title=Delgado_Trading&oldid=672661"
Categories: