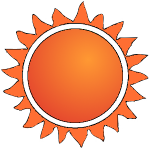 An arcology, a type of megastructure, is a habitat or settlement maintaining an extremely high human population density.

Arcologies are often intended to house self-sufficient communities containing residential, industrial, agricultural, and commercial structures all in one struture, providing all conceptually desirable services to its inhabitants to include public transport, sanitation, medical, vocational, educational, and all other conceptual needs. Arcologies do not have a predefined form, but the poster child for them is "Cityscraper" or Megascraper. Most Arcologies are not the impressive Megascraper but more of the "City Block", utilitarian buildings of approximately 250m in height. Arcologies are often the intent of Megascrapers, Floating Cities, Underground Cities, Undersea Cities, Colony Domes, Grav Cities, Hostile Environment Cities, and Deep Space Habitats.

To house everything needed to be self-sufficient, many private features of less crowded societies must become shared and/or public. Leisure and recreation spaces become parks, public pools, public gyms, etc. Being contained in a single structure, transportation becomes more walking, glideways, elevators, and mass transit. In such close quarters, happiness is key to maintaining the entire system, political, social, and economic systems must work together to provide for the needs of the citizens. Communication through all levels must be maintained, requiring a responsive government. Social stratification minimized, equitable access vocational, medical, educational, recreational facilities. This does not mean equal, the upper echelons can still have preferred seating or days at events, but all would have access. Many political systems can work for this, but most would get a descriptor of "benevolent" (see Oath of Fealty for an Arcology with a Feudal Technocracy).

The term was invented by Terran architect Paolo Soleri as a portmanteau of architecture and ecology. Paolo Soleri intended the term to mean a self contained human ecology. This was to include living, working, recreation, food production, and waste recycle for the entire human population, minimizing the effects on the outside ecology. To accomplish this human and society needs must be taken into account. Thus political, social, and economic systems must work together to minimize the stresses caused by the close quarters and support productivity to keep the ecology sustained.

Arcologies are generally advocated as solutions to the problems of overpopulation and environmental degradation, as they reduce the ecological footprint of cities. Most cities spread across the Planet's surface horizontally — covering more and more land and reducing arable farmland. Arcologies, on the other hand, are more three-dimensional, extending into a vertical element and thus leaving more of a planet's surface in pristine, original condition.

Failure of the Political, Social, and/or Economic Systems can send an Arcology into a dystopian nightmare. Symptoms include overpopulation/crowding, excessive social stratification, lack of access to necessities, lack of political access for example.

Many known Arcologies and near Acrcologies in the known universe.

This list of sources was used by the Traveller Wiki Editorial Team and individual contributors to compose this article. Copyrighted material is used under license from Far Future Enterprises or by permission of the author. The page history lists all of the contributions.
Retrieved from "http://wiki.travellerrpg.com/index.php?title=Arcology&oldid=637815"
Categories: