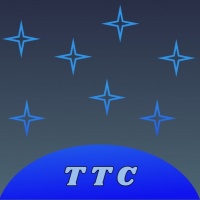 The Trexalon Technical Cosortium (TTC) is a minor corporation based out of Trexalon (Spinward Marches 1339) in District 268. The TTC is made up of several industrial and business concerns which share a general opposition to Imperial expansion in the District.

The Trexalon Technical Consortium (TTC) - a corporate trust founded in 585 by pooling the stock of six mining firms that had staked claim to practically the entire surface of Trexalon (Spinward Marches 1339). At that time, the TTC functioned as the sole governing authority in the system, but several decades later it divested itself of that onerous responsibility by selling Trexalon's seven domed cities (home to most of the population) and huge swaths of surrounding terrain to syndicates comprising the wealthiest local residents. However, the TTC maintained virtual monopolies in the mining, industrial, and interstellar trade sectors of Trexalon’s economy (it owns all of the system’s starports) and retained ownership of nearly a third of the lunar surface - with exclusive mineral exploitation rights to the rest in perpetuity. Thus, in 1103, the TTC continued to employ nearly three-quarters of the system’s working population.

Trexalon has no true world government, since each of the seven city-states is independent. The TTC thus effectively controls Trexalon's extrastellar relations, and has been contracted by all of the city states to defend them against extrastellar military threats. For this purpose, it has assembled a small but potent fleet of locally-produced system defense boats and warships of up to cruiser size purchased from the Sword Worlds.

In 789, the TTC colonized Kuai Qing (Spinward Marches 1040) after rich mineral deposits had been discovered there. It used Tradewar to eliminate all of the corporate and freelance mining operations that tried to share in Kwai Ching's mineral bounty, and by 795, the TTC had secured mineral rights to almost the entire planet. Recognizing that its much-criticized cutthroat tactics could prompt Imperial intervention, the TTC applied the lessons it had learned on Trexalon itself by selling the major population centers to the locals and establishing a theoretically sovereign techno-aristocracy on Kwai Ching that was in fact completely dependent upon the TTC.

The TTC has, however, adopted a more combative stance toward pro-Imperial Collace (Spinward Marches 1237), which is its chief rival for leadership in the subsector. Indeed, the TTC has, on several occasions, darkly threatened unspecified "consequences" if Collace carries through with its plans to seek admission to the Imperium. The TTC and Collace are presently in a state of “cold war”, competing for economic and diplomatic advantage throughout District 268 even as they build up their military forces. There are suspicions, but no real proof, that a recent upsurge in corsair raids on trade to and from Collace has been instigated by the TTC.

One of the key points of contention between Collace and Trexalon is Pavabid (Spinward Marches 1238), which lies directly between them just one parsec away. Ever since iridium was discovered on Pavabid in 1093, the TTC and Collace have been competing for influence with the ruling religious dictatorship in order to secure mineral exploitation rights. To date, however, the xenophobic offshoot of the Church of the Stellar Divinity on Pavabid has rejected both parties’ advances due to fears that allowing large numbers of off-world miners would pollute its pure theocratic society. Collace’s bid to exploit Pavabid’s mineral riches is supported by the Imperium, which is concerned that most of the iridium would find its way to the Sword Worlds if Trexalon were to win the mining franchise.

It is widely believed that the TTC turns a blind eye to the activities of corsairs that prey on the Imperial shipping which passes through District 268 on its way between the Glisten and Five Sisters subsectors. Rumor has it that few questions are asked by the local authorities when corsairs visit Trexalon to sell their booty, replenish their fuel and supplies, recruit new crew members, or take advantage of the system's high quality ship repair facilities. The Trexalon system also draws corsairs because of its astrographic circumstances, which offer easy J-2 access to no fewer than 20 systems stretching from the Asteltine group rimward through District 268 into the Outrim Void.

This list of sources was used by the Traveller Wiki Editorial Team and individual contributors to compose this article. Copyrighted material is used under license from Far Future Enterprises or by permission of the author. The page history lists all of the contributions.
Retrieved from "http://wiki.travellerrpg.com/index.php?title=Trexalon_Technical_Consortium&oldid=677896"
Categories: