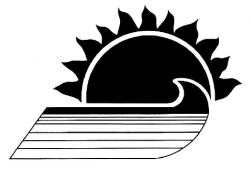 Imperiallines, LIC is an interstellar shipping corporation serving worlds off of the main trade routes of the Spinward Marches.

Imperiallines never hires personnel who are not Imperiallines-trained except as low-level office workers.

Most Class C Starports in the Marches are served by Imperiallines.

This business is best known for frequenting the markets of the following worlds and systems:
Charted Space - Third Imperium:

Imperiallines maintains facilities on all worlds in the Aramis Subsector with Class C starports: Violante, Pysadi, Reacher, Patinir, Carsten, Dhian, Feneteman, Yebab, and Jesedipere, as well as a terminal on Aramis.

This list of sources was used by the Traveller Wiki Editorial Team and individual contributors to compose this article. Copyrighted material is used under license from Far Future Enterprises or by permission of the author. The page history lists all of the contributions.
Retrieved from "http://wiki.travellerrpg.com/index.php?title=Imperiallines&oldid=674341"
Categories:
Hidden category: