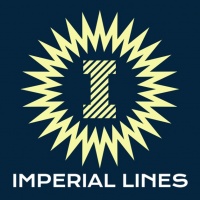 Imperial Lines is a corporation operating out of Imperial Space.

Imperial Lines is a major interstellar shipping firm (and rival to Tukera Lines). Despite covering most of the entire Imperium, its assets are not large enough that it is considered a megacorporation. The company was formed in the decades after the First Civil War with major investments from the Imperial Family.

Although sometimes confused with one or the other, Imperial Lines has nothing whatsoever to do with any one of several minor shipping lines that use close variations of its name, such as Imperiallines, Imperium Lines, Imperial Liners, etc. Such names are popular, but only the ships of Imperial Lines carries the stylized 'I' in a starburst.

Imperial Lines vessels are very secure and of high quality.

Despite covering most of the entire Imperium, its assets are not large enough that it is considered a megacoporation, but recent growth suggests that it will soon achieve that status. In the Marches, Imperial Lines is especially well entrenched on Mora, where the company has co-financed a major space station with Delgado Trading and Tukera Lines.

It mainly serves the major routes, although vessels are sometimes encountered on minor routes serving a number of contracts to the Imperial military and political services. As a result, its ships can be encountered even in backwater systems carrying ambassadors, resupplying military installations, or carrying out government-related tasks.

This list of sources was used by the Traveller Wiki Editorial Team and individual contributors to compose this article. Copyrighted material is used under license from Far Future Enterprises or by permission of the author. The page history lists all of the contributions.
Retrieved from "http://wiki.travellerrpg.com/index.php?title=Imperial_Lines&oldid=674340"
Categories: