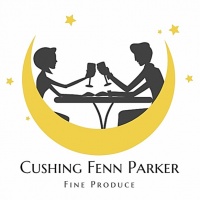 Cushing Fenn Parker Fine Produce is a large corporation of the Distant Fringe.

Cushing Fenn Parker Fine Produce (generally abbreviated to CFP) is considered to be a part of the Media, Leisure, and Tourism Business Sector. It is a wholly owned subsidiary of Haile and Rapice Leisure. Its primary area of operations is the central part of Halcyon Sector. It is concerned with providing luxury products and services such as fine foods and hosted social events. Its services are largely enjoyed by the wealthy and privileged.

The head office is located on Nexus, an important world that serves as the hub for a number of Star Lanes. As well as the main administrative complexes its headquarters includes an extensive corporate healthcare center and spa complex, executive villas, and large private estates with associated recreational facilities where business may be undertaken in complete privacy. The company controls a number of private spaceport facilities on the world.

The company maintains Regional Head Offices, administrative centers, exquisite properties and hotels, houses, private estates, spas and healthcare centers, food preparation facilities, and private agricultural holdings on worlds across the region. It holds substantial amounts of vehicles, high quality supplies, and the supporting equipment and technology necessary to maintain operations. The company has large storage facilities across the region. Its various assets and holdings are protected by the company's highly skilled but extremely discreet corporate security.

The corporation was founded by a consortium of business interests on Nexus during the 52nd century, catering to the needs of those with wealth and influence. It was acquired as an entity by Haile and Rapice Leisure in the early 54th century, who maintain it as a quasi-autonomous subsidiary.

This business is best known for frequenting the markets of the following worlds and systems:
Uncharted Space - Distant Fringe:

This list of sources was used by the Traveller Wiki Editorial Team and individual contributors to compose this article. Copyrighted material is used under license from Far Future Enterprises or by permission of the author. The page history lists all of the contributions.
Retrieved from "http://wiki.travellerrpg.com/index.php?title=Cushing_Fenn_Parker_Fine_Produce&oldid=586109"
Categories: