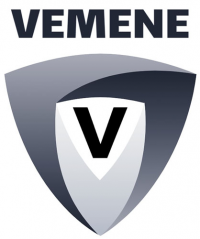 The Vemene are the covert security agency of Tukera Lines.

The agency's official mission is to thwart piracy, hijacking, theft, and sabotage directed against Tukera's ships and planetary installations.

Non-canon: After the Solomani annexed the majority of the Old Expanses Sector, Margaret decided that she needed information on Solomani moves in the sector. The Vemene, the intelligence service of Tukera Lines which Margaret used as her main intelligence source, dispatched teams to strategic worlds. These included high population worlds and those with important military or industrial installations. Nemyer (...the future Oriflamme) was one of these, both for its population and the Xboat Way Station in the outer system.

By 1121 the team was in place, they managed to infiltrate the Scout Base and over time they discovered many important secrets. As Hard Times set in and as Margret’s forces withdrew in to her shrinking safe area funds for intelligence operations started to dry up. The Vemene team were forced to create some of their own operating funds. They had previous contacts with the underworld, they decided to expand these contacts. They slowly moved into the criminal arena, selling the occasional bit of information to the mob. After a while they had learned enough about the structure of the underworld, they allied themselves with one criminal group and launched a hostile takeover against another group. This takeover was much more subtle than the usual mob war. The Vemene assassinated key figures and framed others for the deeds, informed on their enemies to the police, blackmailed political figures to put pressure on their enemies and other techniques. After a year or two of this, they had managed to control one of the top three criminal organizations in the capital, of Weinburg. They figured that these criminal acts served two purposes, one they earned money to fund their intelligence gathering operations, and whatever harm was being done to people, was being done to the Solomani.

When the criminal activity first started it was only a small part of their total operation, as time went on it grew in importance. By 1129 the Vemene controlled one of the top criminal organizations on the planet. Their group was involved with extortion, drugs, murder for hire, and they took a cut off every criminal act that took place in the territory the controlled. Their intelligence gathering had suffered; several of their agents had been arrested or killed because of their criminal actions, but the members were richer than they had ever been. With the Rim Concordant signed between Margaret and the Solomani, there was less of a demand for intelligence.

When Virus hit Nemyer in 1130, the planet’s robotic agriculture were destroyed. The Vemene took advantage of the chaos by seizing farms and selling what little produce there was at inflated prices. It wasn’t only luck that allowed the Vemene to survive while most of their competitors died in the chaos. If they weren’t killed directly, their organizations were disrupted and the Vemene took advantage of this and eliminated them.

In the refugee camps that existed after the Collapse, the Vemene set up protection rackets and a black-market. They also continued to control several farms and food processing plants. As life slowly recovered they had even more power than they had ever had before the collapse.

By 1200 the Vemene is the largest criminal organization on Nemyer which has now been renamed Oriflamme. It has several thousand thugs under its control. Its influence is felt in most feudal holdings. Three of the farms that they took control of during the Food Riots, have turned into legitimate feudal holdings, in these holdings the Vemene are the government. They are Holgren, Andropov and Kircheff Holdings. These holdings are extremely small, the only thing making them noteworthy is that they are run by the Vemene. They each contain about a quarter of a million residents. They are all still primarily agricultural holdings, with large grain farms in the northern reaches of the planet. Holgren Hold has expanded into the manufacture of high speed aircraft, and has recently won a contract to build Oriflamme’s new interface fighter plane, the Tempest. Andropov Hold owns one of the finest research labs on the planet, often coming to a market with a new device, bare weeks before competitor was due to come out with a similar product. Accusations that Andropov Labs engaged in industrial espionage, are met with lawsuits and threats of war.

It is an open secret that these holdings were taken over by the Vemene during the collapse. It is a secret that the Vemene still control them, and use them for a base of operations. Most people believe that the Vemene were ousted in 1145 during the infamous Red River fiasco, where the police arrested numerous organized figures. The Oriflamme Police suspect that the holdings are still controlled by the Vemene, but haven’t been able to prove it. The Holdings do wield political power, and are able to influence the selection of two representatives to the Assembly of Worlds. The Androv and Kircheff holdings are in the same political district and wield a slim majority and are able select their candidate at will. Currently their representative is Dame Monica Kold. She is very aware of the true nature of the holdings and of the Vemene. Holgren Holding is a minority holding in its district and is only able to veto offensive candidates.

In times of war they act as an intelligence service much as they did for Duchess Margaret. When their holdings are not involved in the war, they act as freelance agents. Spying, assassinating and sabotaging for the highest bidder. They even do some of this during peace time.

The Vemene’s methods of operation betray their intelligence service origin. The organization is divided into many small cells. Each cell performs a set task, and then hands off the money or information to another cell. The cells have minimal contact with each other, they often use message drops. These cells are larger, than they would be in a true intelligence organization, they average about 50 people. They are kept isolated; information is only passed to those with a need to know.

The Vemene also try to use cutting edge technology, in their schemes. They use the latest in wireless communications and the almost all messages are sent in code. The use of encryption techniques is illegal on Oriflamme, so the Vemene are forced hide their coded messages in legitimate messages. Not all messages are sent this way, only the most incriminating sort.

The Vemene engage in large scale industrial espionage, primarily they steal secrets to further the interests of their holdings, but they will also take the occasional commission. They have also created an arrangement with the rulers of Kal, to base raiding operations out of its StarPort. They have also set up a secret auction where they sell recovered technology. This secret circumvents the Coalition’s official Auction. The Vemene doesn’t have to pay over Oriflamme’s host cut which is 55%. On a multi million credit deal, this is a lot of money. The buyers get to buy wears at 10-20% of the rate that they would fetch at auction, and they also get first pick. Normally the Coalition Navy and Exploratory Service get first pick of all ships, weapons and other military hardware. The Vemene will also sell documents saying that the recovered gear was bought at a legitimate auction, allowing the buyer to take the items inside of the Coalition. The importation of non-quarantined goods carries severe penalties on every Coalition world. It is a capital offense on all but a few worlds. The reason for this is the fear of Virus infected equipment.

Oriflamme is a very restrictive world, with many illegal and control items. These include drugs, weapons, data encryption devices, and others. There is a great deal of money to be made in selling contraband, and the Vemene tries to make as much as possible. The Vemene will engage in just about any activity which will generate large amounts of cash.

No world articles for Vemene

This list of sources was used by the Traveller Wiki Editorial Team and individual contributors to compose this article. Copyrighted material is used under license from Far Future Enterprises or by permission of the author. The page history lists all of the contributions.
Retrieved from "http://wiki.travellerrpg.com/index.php?title=Vemene&oldid=564030"
Categories: