A Steam Locomotive is used for mass transit of passengers and/or cargo.

Steam locomotives have external combustion engines: the combustion of fuel within a firebox or burner heats a sealed tank of water, turning it to pressurized steam. This steam powers pistons, which in turn transmit power to the driving wheels through interlocking rods.

Large external combustion engines (as used in locomotives and maritime vessels where the overall engine weight is relatively unimportant) can reach relatively high effective efficiencies. As such they remain an important element of infrastructure at the end of the TL:1-3 epoch and throughout the TL:4-6 epoch.

A variety of early (TL-3) steam locomotives and rolling stock, used to haul passengers and freight. 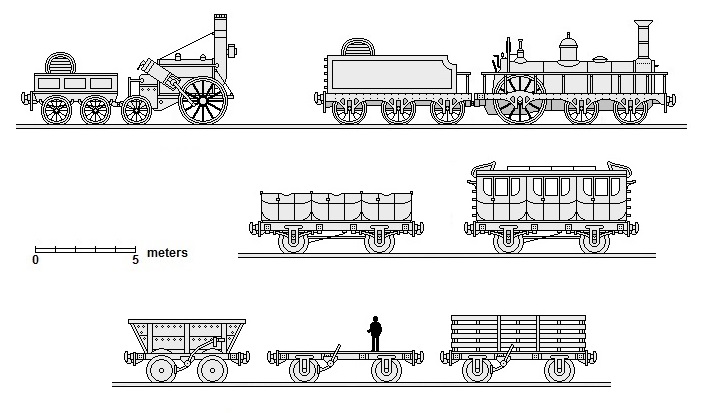 This list of sources was used by the Traveller Wiki Editorial Team and individual contributors to compose this article. Copyrighted material is used under license from Far Future Enterprises or by permission of the author. The page history lists all of the contributions.
Retrieved from "http://wiki.travellerrpg.com/index.php?title=Steam_Locomotive&oldid=612465"
Categories: