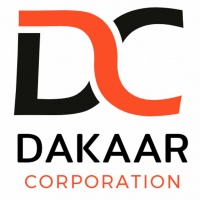 The Dakaar Corporation is headquartered on Dakaar (Reaver's Deep 1821), which is owned by and for the corporation.

Several divisions have been spun off – Dakaar Minerals, which runs the planetary lanthanum mines and seeks to exploit mineral wealth elsewhere in the subsector; Dakaar Trading, which operates a small fleet of starships in trade and commercial ventures; Dakaar Brokers, a widespread firm with offices on most worlds in the region which matches up buyers and sellers of everything from cargos to starships; and Dakaar Surveys, which maintains a private Scout-type organization.

Dakaar itself continues to be the corporation's single largest asset, but the conglomerate's other interests are collectively much greater in terms of fame, profits, and attention. Though by no means as powerful as the regional office of a megacorporation would be, the Dakaar Corporation thinks big, and is doing everything possible to continue growing by leaps and bounds. This includes any number of unethical, immoral, or even outright illegal, actions. The management's motto might well be "if we don't get caught, it's worth a try!"

It is suspected that the corporation is behind some of the attempts to force the Imperium to close down their base on Outpost (Reaver's Deep 1926), apparently in hopes of profiting from greater disorder in the region, and from the loss of Imperial support for the Cassandra (Reaver's Deep 1924) Belt, that it might be reclaimed by the company.

This list of sources was used by the Traveller Wiki Editorial Team and individual contributors to compose this article. Copyrighted material is used under license from Far Future Enterprises or by permission of the author. The page history lists all of the contributions.
Retrieved from "http://wiki.travellerrpg.com/index.php?title=Dakaar_Corporation&oldid=592778"
Categories: