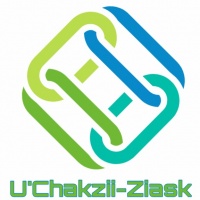 They have been building starships since -12,000, and although they have long since diversified into heavy equipment production, they still remain at the core of S'mrii interstellar civilization.

U'Chakzii-Ziask built the first Bussard ramjets which carried S'mrii to the stars when the Vilani were discarding their bronze axeheads for new-fangled iron ones, and fusion rocketry remains their specialty. They produce a wide range of high-gee interceptors, fast transports and courier vehicles which leave gravitic vessels standing.

U'Chakzii-Ziask allied itself with the ruling Kiaskui phylum in -2,000, a move which benefited both phyla greatly. The Kiaskui phylum was becoming too small to be an economically viable entity on its own, and may otherwise have been toppled by an ambitious competitor such as Kiaatrutkr. Kiaskui has subsequently grown rich from its holdings in the neurotech industry, but would certainly be ‘looking over its shoulder’ without the protection of U'Chakzii-Ziask.

GSbAG: GSbAG took a 07% stake in the Phylum U'Chakzii-Ziask SIA. This partnership provided Phylum U'Chakzii-Ziask SIA and Phylum Kiaskui with additional resources at a time when they needed them and deeper market access to Imperial and Vilani customers. GSbAG also got a valuable partner. Fusion rocketry remains a Phylum U'Chakzii-Ziask SIA speciality, including Bussard ramjets. Information now shared with GSbAG researchers, designers, and starship architects exclusively. They also produce a wide range of high-gee interceptors, fast transports, and courier vehicles which leave gravitic vessels standing still. Those are now available to GSbAG customers. It also allows Phylum U'Chakzii-Ziask SIA to do research and testing of its vessels at the GISHMARCo Test & Development facilities in the Gishmarkash (Dagudashaag 3209) system.

This list of sources was used by the Traveller Wiki Editorial Team and individual contributors to compose this article. Copyrighted material is used under license from Far Future Enterprises or by permission of the author. The page history lists all of the contributions.
Retrieved from "http://wiki.travellerrpg.com/index.php?title=U%27Chakzii-Ziask&oldid=616220"
Categories: