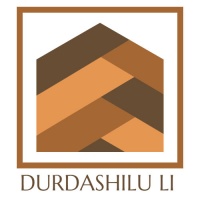 Durdashilu Li, LIC is primarily a mining and manufacturing firm.

It has long been a leader in composite and superdense manufacturing technologies and was a major supplier of starship hulls.

It has long been a leader in composite and superdense manufacturing technologies and was a major supplier of starship hulls before the present conflict.

Founded in 660 by Gamaagin Shulnii and built on the shell of a defunct Vilani mining company, Durdash, as it is also called, started as a loose coalition of belters and a single zero-g foundry. Before the Rebellion, the corporation had manufacturing plants on or above three different worlds, but its holdings have since been reduced to only the home office on Skarno/Ibaru (Zarushagar ). Skarno is still is owned by the company.

Durdash's main facility at Skarno was seized early in the Rebellion by the Loyal Fleet. Despite at least two strikes by raiders of Lucan's Vengeance Fleet, operations continued. Since the general retreat of the Loyal Fleet in 1119, Skarno has become a non-aligned world.

This list of sources was used by the Traveller Wiki Editorial Team and individual contributors to compose this article. Copyrighted material is used under license from Far Future Enterprises or by permission of the author. The page history lists all of the contributions.
Retrieved from "http://wiki.travellerrpg.com/index.php?title=Durdashilu_Li&oldid=642179"
Categories: