The Denaar of Matinger (Fornast 1126) are a Minor Non-Human Race with a non-humanoid appearance and technologically sophisticated sophonts.

Denaar brain and vital organs are protected beneath a chitin-like, layered carapace, which is tough but flexible. In physical and mental capacity they are much like Humaniti, though they can carry more and require about double the living and work space. Their two brain lobes can, to some extent, compensate for damage, protecting their valuable immortal personality (see below).

Denaar eyesight is roughly equivalent to human, extending only slightly farther into the infrared, but their wider eye separation does allow peripheral vision beyond the human norm. They hear as well as humans in their dense home atmosphere, and their technology can usually compensate in lesser pressures. They have no sense of smell, but extremely sensitive taste perception.

But the Denaar are best known for their "intellect downloading" or, more crudely, "body hopping" ability. When the Third Imperium contacted them, no new Denaar personalities have been created for hundreds of millennia: offspring are born without self-awareness or useful intelligence. But when a Denaar's body is damaged or elderly (roughly a fifty years life span), a mere ten minutes' touching of cerebral stems (normally concealed beneath a flap of the carapace) moves the existing Denaar intellect and personality to the new body from the old (which quickly fades and dies, no matter its age or condition). The process can be interrupted without hazard, and a Denaar intellect can survive up to five years in an intact brain lobe. Barring malice or catastrophe, then, an individual Denaar personality is immortal and un-aging.

Denaar virtual immortality causes a lack of concern about disease and serious injury.

Denaar memories, however, are no more lasting than human ones: despite their ancient existence (some recall visits by Second Imperium scouts!), the Denaar, like Humaniti, dwell mainly on the recent past.

Denaar virtual immortality fosters the cultural values of risk-taking, lack of forethought, and even a devil-may-care attitude.

They have a minor cultural bias against mechanisms that replace the power of the mind, such as computers, and that as well as their zero population growth and individualism have probably conspired to keep them at TL–7.

Since their offspring are non-sentient, Denaar have no sense of family, and remain highly individualistic, making friends but highly valuing their independence.

Humans and Denaar find each others' languages physically unpronounceable, and thus must rely on writing or language translators for interspecies communication.

The Denaar have an average TL–7 and show no signs of technological progress. Denaar also cannot use human low berths, and have never had appropriate models designed.

During the Imperial Civil War, Matinger suffered an accidental nuclear bombardment after two pretenders to the Iridium Throne conducted a brutal space battle in the system. This resulted in many of the ancient memories of the Denaar being wiped out, forcing the Denaar to revert to, or re-discover, the long-forgotten art of raising new intelligences from childhood, a capability they had forgotten existed. The modern Denaar still have many of their ancient memories intact, but those lines of memory transfer are no longer the majority. The new Denaar are split on the practice of memory transfer, with some having abandoned the practice entirely. 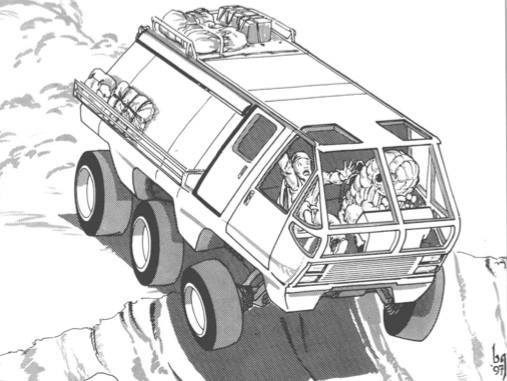 A Denaar driving a Wheeled ATV.

This race is primarily located in the following areas:
Charted Space:

This list of sources was used by the Traveller Wiki Editorial Team and individual contributors to compose this article. Copyrighted material is used under license from Far Future Enterprises or by permission of the author. The page history lists all of the contributions.
Retrieved from "http://wiki.travellerrpg.com/index.php?title=Denaar&oldid=679448"
Categories: