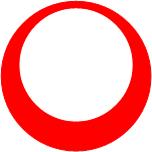 The Restored Vilani Empire (Ziru Sirkaa in Vilani) was the formal name of the Vland-centered faction during the Rebellion from 1117 to 1130.

The Ziru Sirkaa primarily aimed to preserve existing worlds in the immediate vicinity of Vland from threats from the Vargr as well as other factions in the Rebellion (primarily Lucan's, secondarily Dulinor's and the "Real" Strephon's). Its long-range goal was restoration of the traditional governing structure of the First Imperium in a post-Rebellion reunited Imperium.

In 1117, Emperor Lucan ordered the Corridor and Lishun sector fleets (among others) to reinforce his fight against Dulinor. Any remaining forces in those sectors proved unable to stop Vargr invaders from siezing many worlds there. This had the effect of surrounding Vland Sector with hostile Vargr. The Vilani elite on Vland believed the best way to defend the Vilani core cultural area was to declare independence from the Imperium and restore the traditional governing structure of the First Imperium, with the Igsiirdi council electing an Ishimkarun from among its ranks and restoring government functions to the bureaux (now megacorporations). They named their state the Ziru Sirkaa, Vilani for "Restored Grand Empire of Stars"; in Anglic it was called the "Restored Vilani Empire" (or simply "Vland" by people in other factions).

The Ziru Sirkaa preserved a steadily shrinking area centered on Vland until the outbreak of Virus in 1130, which ended the Rebellion (and interstellar civilization generally).

The Ziru Sirkaa was governed by the Igsiirdi, a ruling council of 300 noble-class Vilani, who elected an Ishimkarun ("shadow emperor") from their ranks. As was traditional in the First Imperium, the Ishimkarun ruled by published decree and was never named or seen in public. Starting in 1120, the Igsiirdi granted certain traditional commercial and governmental prerogatives to Makhidkarun, Sharurshid, and Naasirka, the descendants of the original shangarim (bureaux) of the Ziru Sirka, as well as Zirunkariish, the fourth Vilani megacorporation (founded during the Long Night).

The Ziru Sirkaa maintained the level of technology of the pre-Rebellion Third Imperium (generally tech level F), as Vland was a highly-developed sector of the Imperium. Trade was dominated by the Vilani megacorporations.

The military of the Ziru Sirkaa was largely made up of the former Vland sector fleet and the subsector fleets from the sector, as well as associated planetary forces originally based there. The primary military threat was from Vargr corsairs and invaders from both the Vargr Extents as well as those that moved into Corridor and Lishun sectors. The other major threat was from punitive attacks launched by Lucan's faction. Secondarily they had to cope with occasional commerce raiding from Dulinor's and the "Real" Strephon's factions.

The core zone of the Ziru Sirkaa largely overlapped Vland Sector, although this zone shrank (like those of all other factions) as the Rebellion entered the Black War phase.

This list of sources was used by the Traveller Wiki Editorial Team and individual contributors to compose this article. Copyrighted material is used under license from Far Future Enterprises or by permission of the author. The page history lists all of the contributions.
Retrieved from "http://wiki.travellerrpg.com/index.php?title=Restored_Vilani_Empire&oldid=639768"
Categories: