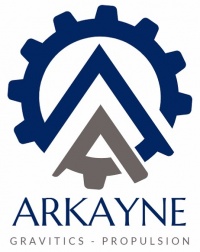 Arkayne, LIC was originally founded as a joint venture between the Vilani industrialist Kugmika Arkuukhumlar, and the gifted gravitics researcher Dr. William Kayne in 412, Arkayne has since grown to become one of the largest gravitic technology suppliers in the Imperial Core.

Arkayne is a major supplier of reactionless thrusters and inertial compensator systems to the Imperial Navy. Gravitic vehicle manufacture forms only a small part of Arkayne’s turnover.

The company’s designs are advanced, though generally un-competitively priced as compared with rival vehicles from GTL (Argi) and IGI. Arkayne’s president Daan Corey, has however expressed an interest in expanding this division of the company. A trade war seems imminent.

No world articles for Arkayne

This list of sources was used by the Traveller Wiki Editorial Team and individual contributors to compose this article. Copyrighted material is used under license from Far Future Enterprises or by permission of the author. The page history lists all of the contributions.
Retrieved from "http://wiki.travellerrpg.com/index.php?title=Arkayne&oldid=616211"
Categories: