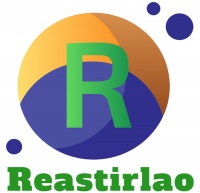 Reastirlao is a corporation operating primarily out of the Iwahfuah Sector with some presence in the Ealiyasiyw Sector and Hlakhoi Sector.

It is an independent corporation which has grown from a small trading company, which once served parts of Hlakhoi Sector.

Reastirlao, in addition to merchant operations, maintains a base of heavy industry in Hlakhoi and Ealiyasiyw Sectors, and its product mix includes starships, machine tools, and construction materials.

Reastirlao has retained its independence by prohibiting marriage by its higher level managers. Its female managers thus cannot be influenced by the male leaders of various clans. Successful managers are rewarded with large cash settlements when they leave the company, and many of the managers pursue marriage and family after their career with the company is over.

During the clan war between Yerlyaruiwo and Tralyeaeawi (614 to 693), Reastirlao provided transport support to Tralyeaeawi clan and reaped large profits.

This business operates out of the following locations:

This list of sources was used by the Traveller Wiki Editorial Team and individual contributors to compose this article. Copyrighted material is used under license from Far Future Enterprises or by permission of the author. The page history lists all of the contributions.
Retrieved from "http://wiki.travellerrpg.com/index.php?title=Reastirlao&oldid=505887"
Categories: