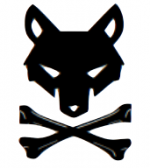 Battle between the Assemblage of 1116 and the Imperium's Domain of Deneb.

Last futile military campaign by the Assemblage of 1116, that took place in 1133-1135. The bloody standoff between the Domain of Deneb and the Assemblage had left Deneb's Coreward Subsectors shattered, and by the time of the Collapse an uneasy stalemate prevailed between the two warring sides. Through emissaries, Norris secured a ceasefire in 1131 that temporarily ended the fighting and permitted a reshuffling of fleet elements to trailing. The following year the new Regency ceded occupied worlds to their Vargr warlords, and incorporated them into its protective custody. Intimidated by the bold Regency actions but happy with the recognition of their claims, several corsair lords transferred their allegiance, even if reluctantly, from the Assemblage to the Regency.

Assemblage leader Arruna Kosghaele Zal acquiesced to these developments publicly, but inwardly refused to accept the frustration of his ambitions. Zal quietly mustered as many military and Corsair units he could afford, and assembled them into a Fleet at Ongon/Dhukhaegz (Tuglikki 0737) in 1133. The fleet entered the Regency at El D'Nah/Pretoria (Deneb 0502) and quickly overpowered the light RQS contingent guarding the system. The fleet then made its way down the Borderline, overrunning the Regency naval base at Kirklend/Pretoria (Deneb 0602). The 194th Fleet in Pretoria Subsector was more of an internal security unit than a battlefleet. Most 61st Fleet units (The RQD3 Frontier guard fleet) was based in in Antra Subsector had been drawn away by the Abandonment further to trailing, and the available squadrons, while technologically superior, were vastly outnumbered.

Zal's forces paused briefly at Kirklend/Pretoria (Deneb 0602), sending out light raider units throughout Pretoria and Lamas to disrupt communications. His strategy was to soften up the 194th Fleet and 315th Fleet by scattering their units in pursuit of these light units, and then charging into the Pretoria Subsector at the head of his heavy units. Unfortunately for Zal, notice of the tragic results of the Sword World Landgrab did not reach him in time. Instead his heavy units waited at Kirklend/Pretoria (Deneb 0602) throughout 1134 while the Regency mustered reinforcements at Pretoria/Pretoria (Deneb 0406). In 1135 Zal and his troops finally moved down towards the Safe, only to be intercepted by these reinforcements at Ash (Deneb 0504). In the resulting battle the disbelieving Zal refused to acknowledge that he had miscalculated, and committed to a battle that destroyed nearly ninety percent of his forces. Zal and his three eldest children were killed in the subsequent melee. The remainder of the Assemblage fleet attempted another invasion of the Regency later in the year, this time through Lamas Subsector, but were crushed for good at Lome (Deneb 1306).

While the outcome of the battle was never in doubt after Zal's failure to exploit his earlier gains, the victory was an important morale booster for the fledgling Regency forces, and were immortalised as the the Battle of Ashes. Zal himself has become an Ozymandias-like figure in Regency media and historical depiction, a despot who wagered the fate of his entire nation on a single bet, and lost everything. After the Battle of Ashes, surviving Vargr States reaffirmed their acceptance of the Spinward States Accords, and subsequently Corsair raiding of the Regency practically ceased.

The Assemblage of 1116 ceased to exist as a result of this one battle.

This list of sources was used by the Traveller Wiki Editorial Team and individual contributors to compose this article. Copyrighted material is used under license from Far Future Enterprises or by permission of the author. The page history lists all of the contributions.
Retrieved from "http://wiki.travellerrpg.com/index.php?title=Battle_of_Ashes&oldid=622757"
Categories: