Subsector Map: Below is a map by subsectors of allegiances, using the two-letter codes from the data files.

This data was created to support the IISS and gives a rough, but usable set of allegiance data. The Merchant Service has also made the data available.

Client States are treated as having their patron's allegiance; it may be described as a map of spheres of influence. 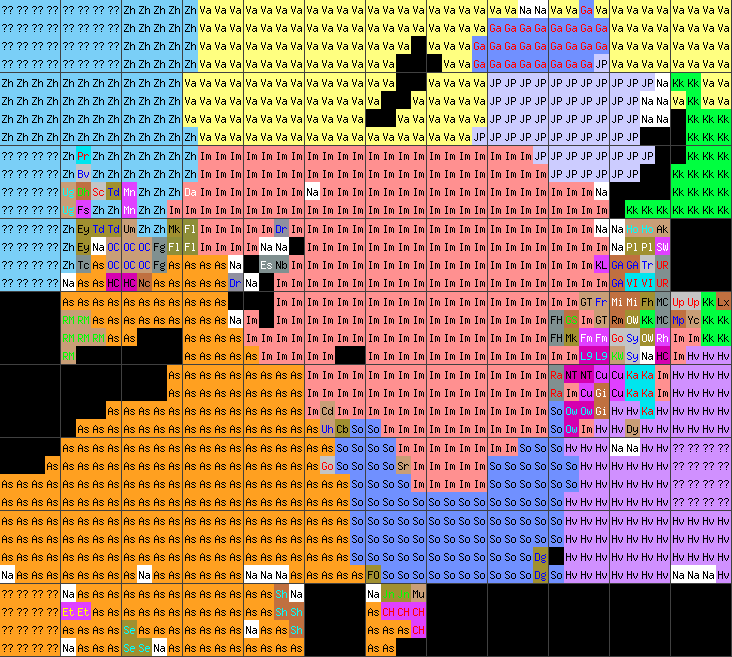 Below is a version of the above that only counts planets involved in trade (including those used as intermediate jump points), according to the GURPS Traveller: Far Trader rules. 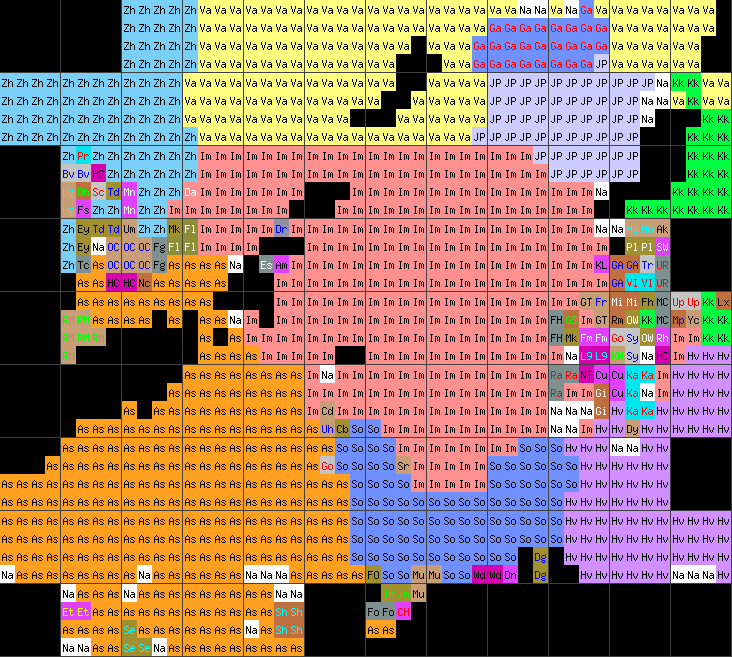 Below is a version of the above that only counts planets linked via trade with the rest of known space (not including planets used only as intermediate jump points). 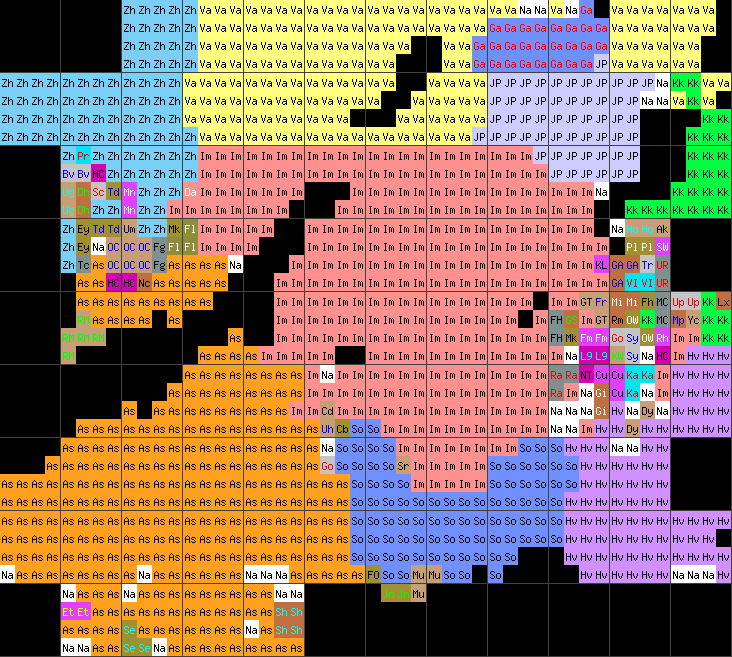 This list of sources was used by the Traveller Wiki Editorial Team and individual contributors to compose this article. Copyrighted material is used under license from Far Future Enterprises or by permission of the author. The page history lists all of the contributions.
Retrieved from "http://wiki.travellerrpg.com/index.php?title=Subsector_Map&oldid=642224"
Categories: