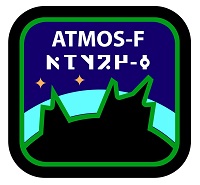 A Low Pressure Atmosphere is a type of atmosphere known for possessing thinner and less thick gaseous components.

Low pressure atmospheres will have a variety of effects on life, both native and alien:

One of the advantages of living on a low pressure or vacuum world is easier access to space. Planetary spaceports on low pressure worlds can often provide construction shipyards at a drastically reduced cost, often competitive with orbital shipyards.

Geneticists often studied the life indigenous to such worlds looking for higher efficiency respiration systems to build into future cybernetics and technological augments.

This list of sources was used by the Traveller Wiki Editorial Team and individual contributors to compose this article. Copyrighted material is used under license from Far Future Enterprises or by permission of the author. The page history lists all of the contributions.
Retrieved from "http://wiki.travellerrpg.com/index.php?title=Low_Pressure_Atmosphere&oldid=591859"
Categories: