Journal of the Travellers Aid Society 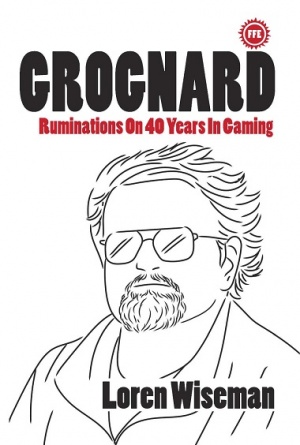 Articles in the magazine were grouped in various categories, some of which only started in later issues:

The first issue was published by Game Designers' Workshop in 1979 and the last of the first run was #24 in 1985. It was superseded by the magazine Challenge, which took up its numbering scheme and ran from issue 25 onwards with a broader role-playing game focus. All 24 issues in the first run, and the first nine issues of Challenge magazine were collected into three publications by Far Future Enterprises in 2002-3:

The Journal was resurrected for two additional issues in 1996 under Imperium Games, where the numbering was taken from where it was left off (JTAS #25 and #26).

This is an overview of the JTAS / Challenge Magazine (periodical) run:

This list of sources was used by the Traveller Wiki Editorial Team and individual contributors to compose this article. Copyrighted material is used under license from Far Future Enterprises or by permission of the author. The page history lists all of the contributions.
Retrieved from "http://wiki.travellerrpg.com/index.php?title=Journal_of_the_Travellers_Aid_Society&oldid=676378"
Categories: