A Fast Shuttle is a type of smallcraft found operating within the Distant Fringe region.

Within the Distant Fringe, a fast shuttle is usually identified as a general purpose utility smallcraft with a displacement of more than 60 dTons and maneuver-3 drives or better. Frequently they are substantially larger and faster, averaging around 90 dTons. Fast shuttles are most commonly encountered operating as in-system transports, ferrying personnel, supplies and equipment between outposts and settlements located on different worlds within a system.

The convention of declaring a smallcraft of a certain displacement tonnage range as a shuttle is a matter of local tradition. In reality there is no discernible difference between a large launch and a small shuttle. 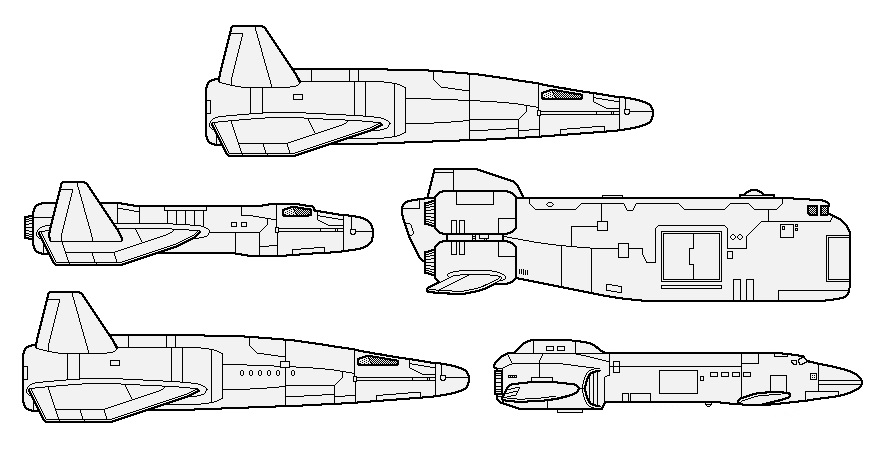 A variety of larger smallcraft commonly encountered within the Distant Fringe region.

This list of sources was used by the Traveller Wiki Editorial Team and individual contributors to compose this article. Copyrighted material is used under license from Far Future Enterprises or by permission of the author. The page history lists all of the contributions.
Retrieved from "http://wiki.travellerrpg.com/index.php?title=Fringian_Fast_Shuttle&oldid=492780"
Categories: