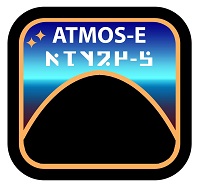 An Ellipsoid Atmosphere is a type of an Unusual Atmosphere known for having a surface that is ellipsoidal, not spherical.

Ellipsoid Atmospheres are known for having extremely uneven applications of atmosphere, air pressure, and environmental characteristics. This can lead to extremely variable environments and species that can dwell in one environment, but not in a neighboring one only a short distance away. The differences between niche species strongly tend to be more pronounced on an ellipsoidal world.

Ellipsoidal atmospheres can be advantageous to curious sophont species as they have built in test beds for experimentation with different kinds of life support equipment, each catered to a different kind of atmosphere. Sophont species with ellipsoidal homeworlds are widely regarded throughout Charted Space as producing innovative, high quality, and superior life support equipment. Of course, these are very general statements, nevertheless such equipment sells better than many of their competitors.

This list of sources was used by the Traveller Wiki Editorial Team and individual contributors to compose this article. Copyrighted material is used under license from Far Future Enterprises or by permission of the author. The page history lists all of the contributions.
Retrieved from "http://wiki.travellerrpg.com/index.php?title=Ellipsoid_Atmosphere&oldid=639717"
Categories: