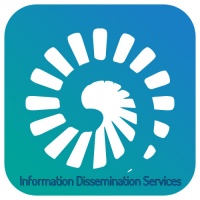 Information Dissemination Services, LIC (INDISS) is a news-gathering agency serving most of the territory of Dagudashaag Sector, headquartered on Medurma (Dagudashaag 2124).

The agency has gained (perhaps unfairly) a reputation for accepting too readily the official line on important political and economic matters - in effect, for being a "mouthpiece for the establishment".

However, following the agency's merger with the advertising and news media group Makila-Selwyn-Tobermory in 1113, much of the agency management has been replaced, and INDISS has taken a more dynamic approach to journalism. The increased competition with rival companies such as TNS has resulted more than once in court cases, as each side has accused the other of unethical practices. It would be a rare occurrence for TNS and INDISS journalists to co-operate on a story.

As of 1116, INDISS has diversified its operations quite widely, and now trades in such fields as holographic reference material, and information-handling software.

Zirunkariish is a high volume consumer of INDISS reporting and analyses; acquiring, as a result, a 16% stake in the company.

INDISS maintains branch offices in almost all type-A starport facilities in the sector.

Following the capture by Lucan's forces of the TNS data processing centre on Collette (Dagudashaag 2725) on 295-1117, the Office of Internal Security has been using those facilities for the production of propaganda material, in order to further the war effort. For many citizens of Dagudashaag, TNS information dispatches have become highly suspect, and they have turned to other sources of information about the progress of the Rebellion. INDISS has stepped into the breach. Its reporters try their best to reflect the basic neutrality of the Medurmans, and give a dispassionate view of the violent events unfolding around them. Naturally, a great many INDISS branch offices have had to close, and the agency has had to become adept in operating on a covert basis, particularly in the territory occupied by Lucan's Imperium. In a number of cases, INDISS reporters have been cross-trained in military skills by Medurman forces, and have accompanied reconnaissance missions into Lucan's or Dulinor's territory.

This list of sources was used by the Traveller Wiki Editorial Team and individual contributors to compose this article. Copyrighted material is used under license from Far Future Enterprises or by permission of the author. The page history lists all of the contributions.
Retrieved from "http://wiki.travellerrpg.com/index.php?title=Information_Dissemination_Services&oldid=565840"
Categories: