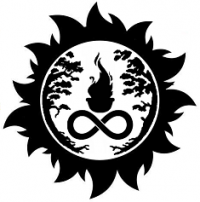 Taledh Code is the basis for Darrian Law.

Notan Taledh laid the basis of Darrian Law in the Taledh Code which was comprised of three parts:

The earliest surviving texts are mainly comprised of illustrative examples, each judging the same crime in dozens of conflicting ways. They are ethically convoluted and subject to multiple interpretations; but act as lessons to demonstrate a judge’s responsibility to look at any crime from all perspectives. To this day, the Code is still considered brilliant since the sole central concept of ‘the punishment shall fit the crime’ is unburdened by thousands of years of stratified laws, precedents or revisions.

Procedurally, under the Code, criminals must make restitution for their crimes

Death by execution is nowadays rarely used as a punishment, save under circumstances where imprisonment is impractical or considered a pointless effort. Exile is a more common norm of punishment. This renders the criminal unable to benefit from any aspect of society, which (depending on the term of exile) can drive the criminal from Confederation space or even result in a long, drawn out death sentence. An exile is no longer considered a ‘member of society’ and may be maltreated in whatever manner a Darrian deems fitting. Up until 1084 dangerous criminals likely to cause repeated harm were deposited on the prison world of [[Torment (world)|Torment]. However, once the surrounding Entropic Worlds were captured in the Fourth Frontier War, maintaining the penal colony became strategically unsound. Where possible, chronic sociopathic criminals have their citizenship removed and are deported outside of the Darrian Confederation, using naval vessels as transports. Unrepentant psychopaths are pragmatically terminated instead.

This list of sources was used by the Traveller Wiki Editorial Team and individual contributors to compose this article. Copyrighted material is used under license from Far Future Enterprises or by permission of the author. The page history lists all of the contributions.
Retrieved from "http://wiki.travellerrpg.com/index.php?title=Taledh_Code&oldid=606233"
Categories: