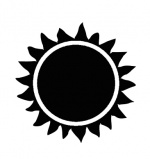 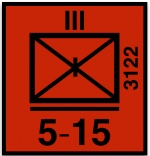 The 3122nd Jump Infantry Regiment, of the Imperial Army, serves the polity of Third Imperium.

3122nd Jump Infantry Regiment was the Imperial Army equivalent of an Imperial Marine Regiment and designed for use in similar roles, but provided with less heavy equipment.

This regiment deployed in the Fifth Frontier War[1]. At this time it was relatively newly equipped to TL–15 standards as a Light Infantry Regiment with the ability to be deployed from orbit.

The 3122nd was re-equipped by the Regency Army and renamed as the 3122nd Assault Infantry Regiment (Armoured). In this role it was equipped with TL–15 Norris Battle Tanks and attached to the 193rd Fleet[2].

This army can be primarily found in the following areas:
Charted Space:

The following mainworld is the primary headquarters of this army:

This army is often stationed in the following systems and worlds:

This list of sources was used by the Traveller Wiki Editorial Team and individual contributors to compose this article. Copyrighted material is used under license from Far Future Enterprises or by permission of the author. The page history lists all of the contributions.
Retrieved from "http://wiki.travellerrpg.com/index.php?title=3122nd_Imperial_Jump_Regiment&oldid=610481"
Categories: