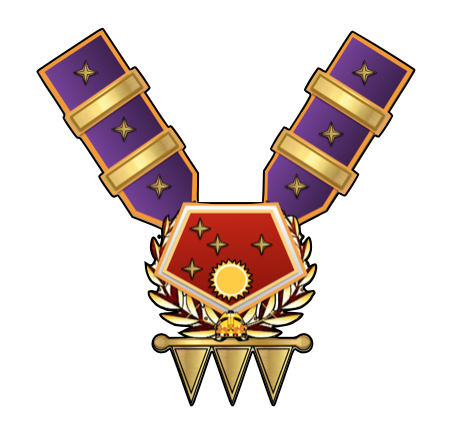 The Order of Hlyuea is an Imperial order of knighthood established by Empress Arbellatra in 642 to honor Imperial Aslan citizens for exceptional service to the Imperium.

Non-canon: Membership of the order is indicated with the letter K.H (Knight of the Order of Hlyuea). This is used for both branches, since the knight's gender itself indicates the branch.

The headquarters of the order is on Capital. It is the smallest of the headquarters buildings of the various major orders of Imperial knighthood in the Imperium, despite the fact that it contains two separate facilities, one for males and one for females.

This list of sources was used by the Traveller Wiki Editorial Team and individual contributors to compose this article. Copyrighted material is used under license from Far Future Enterprises or by permission of the author. The page history lists all of the contributions.
Retrieved from "http://wiki.travellerrpg.com/index.php?title=Order_of_Hlyuea&oldid=485046"
Categories: