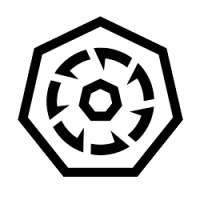 The Trooles Confederation is a polity located within Theta Borealis Sector.

Bound together by their fear of subjugation at the talons of the Korsumug Empire, these planets have a largely democratic agreement to ensure their mutual self interest in survival. This, despite the fact that several of the member worlds are not democratically inclined.

The worlds of the Trooles Confederation. 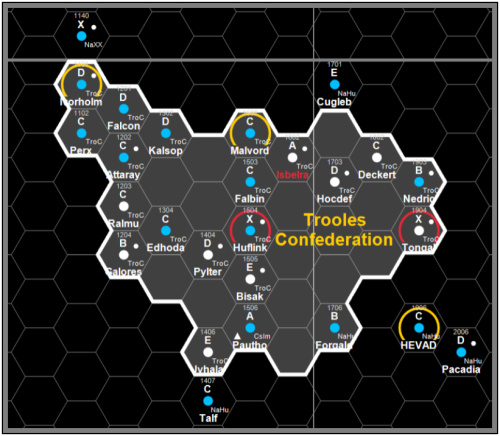 Significant populations of the following races (sophont species) reside within the Trooles Confederation:

The Trooles Confederation is a small interstellar state that controls part of Theta Borealis Sector. 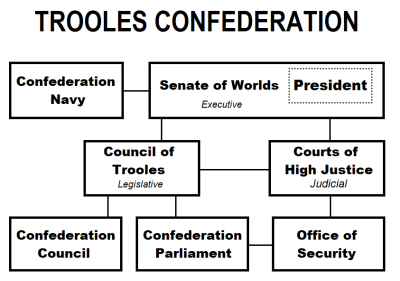 A simple diagram showing the structure of the Trooles Confederation.

The confederation formed sixty years ago when a badly damaged ship escaped from a planet conquered by the Zerps arrived. The crew's tales of the horrors visited upon them ignited a fear that forced the planets to band together for self defense. Trade between member worlds is encouraged and faces few restrictions. Each planet contributes to support the shared navy. Strangers visiting from beyond their territory always face initial mistrust and suspicion.

The Confederation Navy defends the member worlds of the Trooles Confederation and extends its protection to independent worlds lying beyond its borders.

The majority of Confederation vessels are constructed at Oujda, though a percentage are manufactured locally.

Large bounties are offered by the government of Oujda for every Korsumug vessel confirmed killed.

The TCN is divided into two major fleets, two large flotillas, and a large scout force

Fleet Marines and garrison forces use the:

The Oujda Trade is the name given to a trading route between the Confederation and the advanced industrial world of Oujda, lying some 8 parsecs to trailing in Banderhue Subsector. It is a jump-2 route that winds between the better quality starports of the region. 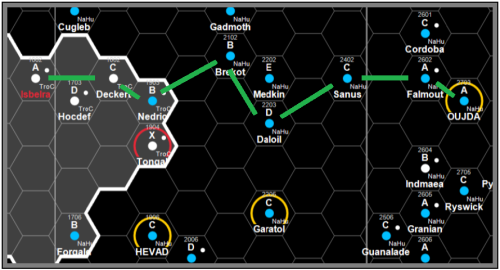 The Confederation and Oujda have an economic and defensive alliance.

The Confederation serves as a large buffer zone between Oujda (and worlds within its sphere of influence) and Jaibok raiders off of the Korsumug Main.

Oujda has a shockingly poor record of sophont rights.

This polity is primarily found in the following areas:

The capital of this polity is:

The following systems and worlds are associated with this polity:

This list of sources was used by the Traveller Wiki Editorial Team and individual contributors to compose this article. Copyrighted material is used under license from Far Future Enterprises or by permission of the author. The page history lists all of the contributions.
Retrieved from "http://wiki.travellerrpg.com/index.php?title=Trooles_Confederation&oldid=668241"
Categories: